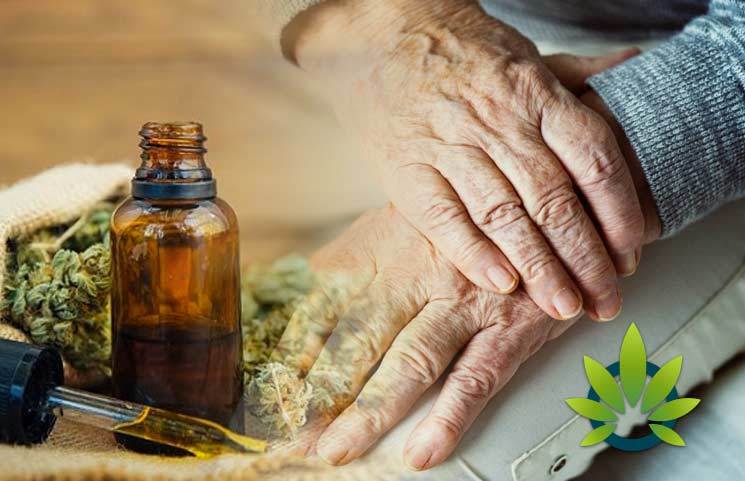 Senior citizens deal with pain, anxiety and stress more than any other demography in any given population. This is probably why many CBD oil companies are catering to that demography –that, and the fact that it’s quite affordable for them.

With aging comes significant discomfort and health-related issues. This is probably why senior citizens spend the most money on drugs to keep them healthier and in less pain.

CBD oil, with its many benefits, are great for senior citizens and provide a ton of relief for many of the ailments brought on by aging. Let’s look at some of these key benefits.

CBD oil has been found to be very effective at providing relief for common conditions among senior citizens like joint pain, arthritis, waist and back pain, as well as overall stiffness and soreness. These conditions are particularly common among those older than 60.

If you know anyone or are in the age range, then you understand what we’re talking about. It’s rare to find anyone in that age bracket who doesn’t have to deal with one or more of these issues. In fact, for many senior citizens, pain is a daily part of life.

This systemic pain and soreness is usually caused by system-wide inflammation, which can be anything from mild to severe. CBD oils help reduce the inflammation, thus making you a lot more comfortable and pain free.

CBD has been shown to help ease the pains caused by arthritis, through the activation/interaction with man’s cannabinoid system. The most effective form of CBD oil application for joint and arthritis related pains is CBD oil infused ointments and creams.

Another major benefit of using CBD oil is its neuroprotective qualities. It helps in keeping your brain’s neurons in top shape, thus making it a worthy option for the prevention of neurodegenerative disorders like dementia, senility and Alzheimer’s disease.

Many of these conditions are caused by an increasing degeneration of key brain cells and neurons. These often cause permanent damage, resulting in significant memory loss, poor memory recall and inability to focus and concentrate.

And in instances where there’s no risk of neurodegeneration, there’s the real risk of increased senility with aging. These are also caused by the neural damage that occurs courtesy of “wear and tear” in the brain’s neurons, and happen more frequently as one ages.

This is why as individuals get older, they tend to start forgetting things, are unable to do productive mental work, find it a little more difficult to recall names, numbers, events, places or even words.

CBD oil has been praised for its ability to help combat all these in the long term, and aid cognitive functions in the short term, making it great for increasing your mental focus and clarity. It does this by providing the user with “clean energy”, that still keeps you relaxed and at ease. This is different from the “dirty energy” provided by stimulants like coffee.

Increased Protection for the Heart

Senior citizens are more at risk of developing heart-related problems.

And while there are many things that can be done to mitigate that, including frequent exercise, good diet and eating habits, CBD oil has been proven to have beneficiary effects on the heart by binding with the body’s cannabinoid system and improving the heart’s functions.

There have been multiple studies showing the potential of cannabinoid in improving cardiovascular function among senior citizens.

One way it does this is by helping the ischemic muscle –this aids the supply of blood to the heart- recover faster from or prevent prolonged damages. According to studies, CBD was found to protect the hearts of rats from myocardial injuries.

The compound has also been found to aid vasodilation, and relaxing contracted/constricted blood vessels, thus preventing incidents of cardiovascular attacks. Also, its anti-inflammatory properties helps it play a role in controlling inflammation in the body –inflammation has been linked to cardiovascular disease.

Could Complement Your Drug Regimen

While this statement isn’t proven or backed by the FDA, the truth is that some users have found that CBD in all its forms helped them cut back on the frequent use of prescription drugs for certain health conditions.

In fact, some users have completely replaced their medications with premium CBD oils because it provides the same, if not better, relief than their prescription drugs.

Also, many users have stated that they prefer CBD oils for the treatment of their conditions because they have no side effects, and are quite affordable, compared to their prescription meds.

Could Prevent Brain Injury after a Stroke

One of the reasons some patients don’t recover from their stroke is because of the damage it causes to the brain. And for those who do recover, recovery can be a long, arduous and expensive process.

The good news is there’s the possibility that CBD might be able to help prevent or reduce long term brain injury, if administered immediately after a stroke. While this isn’t yet concrete, multiple research are being carried out to determine the veracity of these claims.

There are claims that CBD can help the body fight osteoporosis, providing the bones with protection and minimizing their chances of being broken. As you probably know, osteoporosis is an age related condition that causes brittle bones.

There are studies claiming that it helps combat osteoporosis by regulating the body’s CB receptors so that the body can produce healthier bone cells. There are also claims that CBD’s regenerative properties can help keep key bodily organs healthy for longer periods.

Of course, not all these claims have been verified, but the oil’s results, particularly in other areas, have been proven to be very effective.

Senior citizens with digestive issues like constipation and irritable bowel syndrome for instance have stated that taking CBD oils and products have helped provide relief to these conditions.

In fact, some have claimed that it has helped with their ulcerative colitis. This is not surprising seeing as CBD is a very effective anti-inflammatory compound, so it makes sense that it could help reduce instances digestive problems.

CBD is popular for its anti-inflammatory and immune boosting properties. As a result, it is often recommended for soothing conditions of inflammation and compromised immunity.

Senior citizens who take it for these purposes have sworn by its effectiveness and ease of use, thus making it a preferred treatment option for these conditions.

In fact, just a few drops of CBD oil placed under the tongue every morning have been known to lower the extent of inflammation in the body. This is why it is highly coveted by senior citizens who have body aches and consistent pains.

Also, its ability to stimulate the immune system and help the fight off infections is legendary. Users have seen their tendency to fall sick reduce drastically after using CBD oils for a while.

All senior citizens battle sleeplessness in one form or the other. For some, it’s chronic, for others it’s acute or mild. The point is the majority of the elderly population struggles with sleeping at night, even after a hectic day.

For many, a good night’s sleep is a luxury and one dependent on the use of sleeping pills like Xanax. The thing with these drugs is their effects linger well into the next day, causing prolonged drowsiness and negatively affecting your productivity at work.

CBD oils on the other hand, have been known to effectively kick insomnia, by causing you to relax and sleep well. Even better, there are no side effects afterwards. So, you’ll wake up feeling well rested and mentally alert. Many users have started enjoying newfound rest at night because of CBD oils.