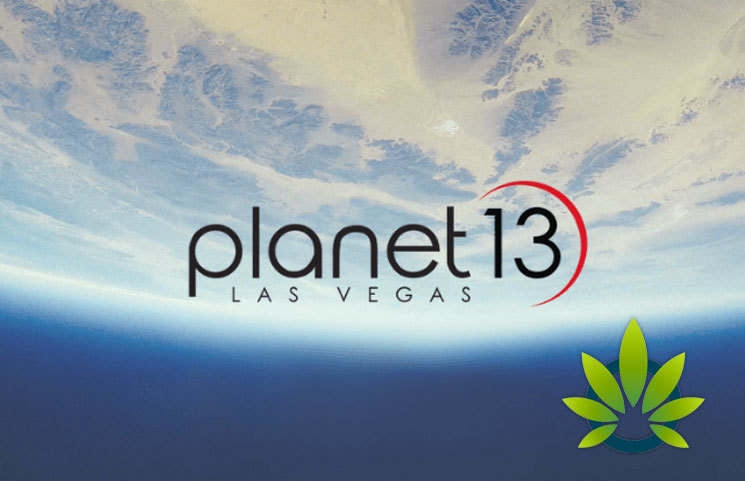 30th May 2019, Planet 13 Holdings Inc released their first-quarter results for 2019. This Nevada-based company had generated $13.8 million in sales, which translates to over a $10 million increase in sales compared to 2018 quarter's sales ($3.6 million).

Planet 13 has the world's biggest cannabis retail shop in Las Vegas, and the superstore alone banked $5 million per month in sales over the quarter. The store’s sales slightly declined in April despite its strong showing on 4/20, but this was the second consecutive month where revenues exceeded $5 million. The store’s popularity is still growing and boasts of foot traffic of over 3,000 visitors a day – Tourists are the catalyst driving the sale’s growth.

According to Larry Scheffler, Planet 13’s Co-CEO, about 70% of customers that come through the Las Vegas Superstore monthly originate from out of the state. The platform’s value is expected to increase as the company becomes a proven Launchpad for numerous brands.

Planet 13 Lands in the Red

Despite the high sales, the company’s $1.6 million income tax for the first quarter wiped its chances at break even and suffered losses at $1.5 million.

While the first quarter’s operating expenses were high, Planet 13 still managed to generate a $344,000 operating income in Quarter 1, compared to $459,000 the previous year. Operating income is an essential indicator of how a company is fairing rather than the net profit, which can easily be influenced by income expenses and taxes.

From the quarterly results, another good thing was the positive cash flow generated from operations of the company, with $2.6 million from daily activities. This is a massive increase from the $98,000 the company enjoyed last year. With only $2.2 million used on plant, equipment, and property, the company still had some cash left.

This implies self-sufficiency, in that the company does not require to issue shares or dilute the positions of shareholders to grow and expand business. Actually, Planet 13 is in a better position than many marijuana companies that rely on stock prices to stay afloat or fund further expansion.

All factors considered, it is safe to say that not only has planet 13 demonstrated strong growth but also has it developed a business capable of being profitable and self-funding. This is a clear demonstration that the company is on the right track.

Diamond CBD Website Records $1.1 Million in Sales During May 2019, a 90% Annual Increase