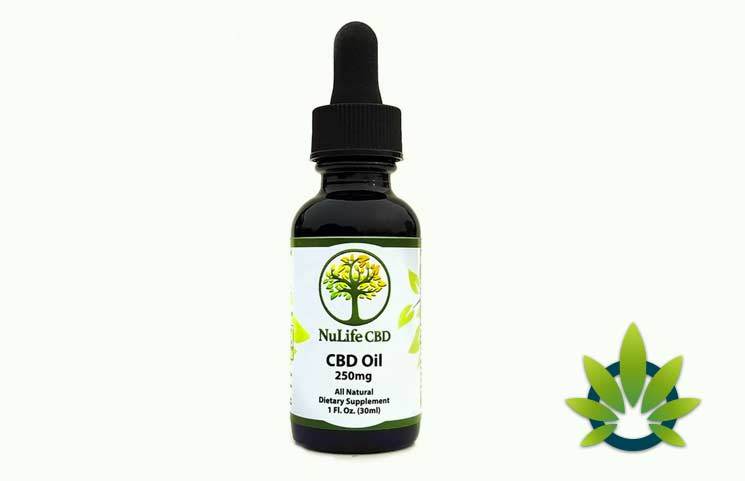 Something that appears to be common within the CBD market, is a brand’s reliance on hemp grown in Colorado. While Colorado is typically preferred for its stern regulations on hemp growth and cannabinoids extraction, it is primarily known for its nutrient-dense soil. This is where NuLife CBD comes into play.

NuLife CBD aims to bring nature close to one’s reach as possible and in order to see how this has been achieved, the following review will analyze its multiple aspects. By the end, consumers should have a sense of what NuLife CBD is all about, along with how they appreciate cannabinoids in the form of the products offered.

What is NuLife CBD?

Based in Philadelphia, NuLife was established with the intentions of bringing the healing powers of nature to a consumer’s household. The need to do so stems from the fact that the team prefers alternative remedies to pharmaceuticals, where the latter has been associated with undesirable side effects. To show that pharmaceuticals will eventually be replaced, NuLife CBD continuously works towards bringing quality CBD essentials.

What Does NuLife CBD Currently Offer?

According to the claims made, NuLife CBD products are CBD-dominant and carry less than 0.3% of THC, which is the accepted threshold. As for the utilized hemp oil, the plant itself has supposedly been grown in Colorado soil. Now, here’s what NuLife CBD succeeded in offering:

The intent of the CBD Pain Cream is to ensure one’s skin health is on par, while helping to bring relief to chronic and acute pains. It contains a rich source of CBD per container, with added ingredients such as coconut oil, shea butter, vitamin E, green tea extract and more, where the latter focuses more on skin health than pain.

CBD-infused oils have become a standard in the CBD industry. What sets NuLife CBD apart from the rest is the different strengths they’ve managed to achieve, with 2000mg per 30ml being the largest. As for its uses, consumers are advised to take it underneath the tongue, which is common for absorption purposes.

The CBD Softgels may come out as purely CBD, but it is in fact a full spectrum solution, including cannabinoids in both acidic and non-acidic forms such as CBD, CBN, CBG, CBC, CBDv, CBDa and a wide range of terpenes.

A secondary factor that makes NuLife CBD worth considering is that their target market doesn’t simply stop at caring for humans, as they’ve also considered pets. The oils targeting pets come in 250 and 500mg only, which makes sense as their bodily functions are more prone to sensitivity compared to humans. Its uses have been deemed to bring a gentle relief with no side-effects attached, another crucial factor to consider.

Based on what’s been shared, it is clear that NuLife CBD has followed the necessary guidelines in ensuring that quality has not been compromised and safety is emphasized. For instance, all of NuLife CBD’s essentials have less than 0.3% THC, which is considered the safe and acceptable amount in CBD products.

Next, they rely heavily on full spectrum extract, including a wide range of cannabinoids and terpenes. This is important, considering the fact that the six major compounds, including CBD, has been concluded to bring exceptional health benefits when combined.

In order to enforce trust in consumers, NuLife CBD has since made their Certificate of Analysis available which not only assesses the different types of cannabinoids used, but also concludes whether or not pesticides and other toxins are found – none of which have been detected in NuLife CBD’s case.

Lastly, when it comes to their overall affordability, it seems like the broad population can benefit from it. This is primarily because of the different strengths offered. For instance, it would make no sense for a newbie to invest in something that is $100 with high concentrations of CBD. This is why NuLife CBD has started with 250mg and increased it from there.

Ultimately, it is clear that NuLife CBD has high appreciation for the cannabis sativa plant and its numerous hemp-derived cannabinoids. To learn more, check out: https://nulifecbdoils.com/