Nearly 3 Million Cannabis Plants Seized by DEA in 2018, a Significant Drop Since 2017
Advertisement 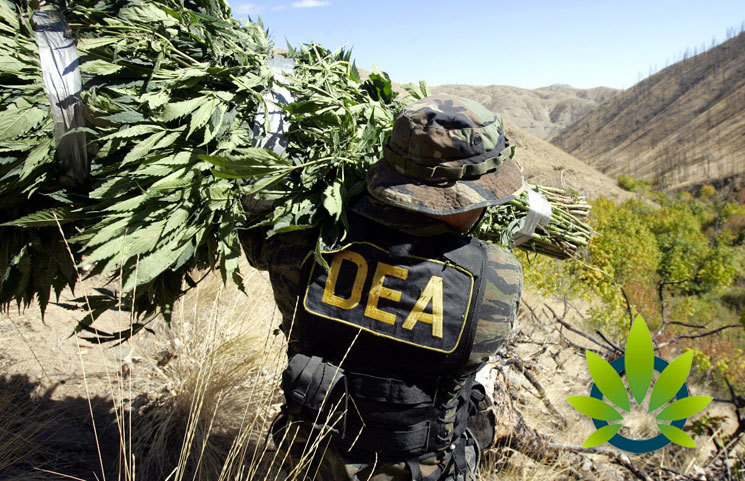 The DEA recently released a report detailing the amount of cannabis it seized as part of its 2018 Final Domestic Eradication/Suppression Program. According to the report, the agency confiscated 2.82 million marijuana plants throughout the United States. This figure is a decline from the 3.38 million plants that the agency seized in 2017.

The report also details from which states the agency seized the marijuana, the most prominent being California, Kentucky, Washington, Mississippi, and West Virginia.

“These federal eradication programs are a holdover from a bygone era.” The agency’s Deputy Director Paul Armentano continued,

“At a time when roughly one-quarter of the country resides in a jurisdiction where adult marijuana use is legal, and when members of Congress are openly discussing removing cannabis from the federal Controlled Substances Act, it is time for these federal anti-marijuana efforts to be put out to pasture and for federal agencies to take positions that more closely comport with cannabis’ rapidly changing cultural status in America.”

Further, California saw the largest decline – there was a 40% decline in the number of plants seized in the states.

In addition to the report on seizures, the Government Accountability Office (“GAO”) also released an official report of the DCE/SP. The federal government auditing branch indicated that the $17 million, on average, was given to the program from 2015 to 2018. The DEA’s local law enforcement partners also received funds to cover overtime pay and air support. According to the GAO report,

“DEA oversees participating agencies’ compliance with program expenditure requirements in various ways, but does not consistently collect supporting documentation for expenditure reports. DEA field officials collect varying levels of documentation, and headquarters officials were not aware of these varying practices.”

It added, “DEA collects information on program activities to help manage DCE/SP, such as number of plants eradicated,” the GEO report said. “However, participating agencies GAO spoke with have practices for reporting some program activities that differ from DEA’s guidance due to varying interpretations of the guidance.”