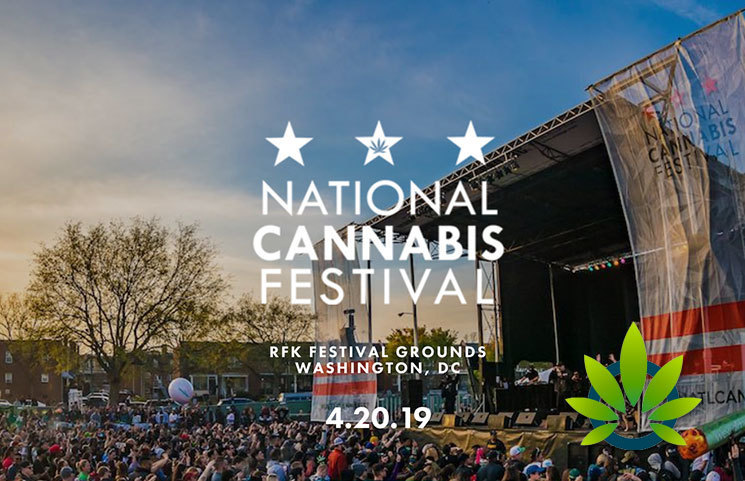 The latest celebration to come to the cannabis industry is an upcoming event to be held in Washington, DC – the National Cannabis Festival. However, an event like this requires some musical entertainment, which is being brought to the table by rappers Action Bronson and Ludacris. This event will take place on April 20th, following the second annual National Cannabis Policy Summit that happens the day before.

The festival has been taking place since 2016, and it is known for hiring both rappers and hip-hop artists to bring entertainment to the masses. In 2016, the event had De La Soul, while 2017 brought in Talib Kweli and The Pharcyde. Just last year, Cypress Hill held down the music at the event. Considering the obvious enthusiasm for cannabis that Action Bronson and Ludacris share, they seem like a natural choice to join the 2019 lineup.

Typically, the entertainers in the rap and hip-hop sectors of the music industry are the most vocal about their admiration for cannabis, almost to the point of seeming obligatory in their profession. Major forces in music like Snoop Dogg and E-40 have become entrepreneurs in the cannabis industry, developing their own companies legally, so it should be no surprise how they are sought after for these kinds of events. Other cannabis-centered celebrations include Kushstock, the High Times Cannabis Cups, and High Life Festival.

The RFK Stadiuym is the home of the NCF, and the hosts also are planning to host a lounge for both veterans and current military members. A pitch contest, in the style of Shark Tank, will be a part of the event as well, offering a $1,000 prize to the victor. To allow attendees to learn more information about CBD, marijuana, and cannabis as a whole, the event will also have “educational pavilions” to spread the details.

In addition to these many opportunities, attendees have the ability to enter a contest for the “Ultimate Weed Wedding.” This wedding includes a reception for 50 guests, sponsored by King Weedy Cannabis Collective, which is a non-profit organization. It comes with many infused gifts to encourage a very relaxed party.

The National Cannabis Policy Summit will be at the Newseum and has no cost of admission. The lineup has not been published for the summit yet, but former speakers have included Rep. Tulsi Gabbard, Ben Jealous, and Ricardo Baca. If the previous speakers are any indication of what’s to come, attendees can feel confident in this year’s roster as well.

To attend the NCF, tickets can be purchased directly from their official website for $45 and up. Attendees must be at least 21 years old, though they will not be able to buy, sell, or consume cannabis legally while in public, despite being recreationally legal in the district.