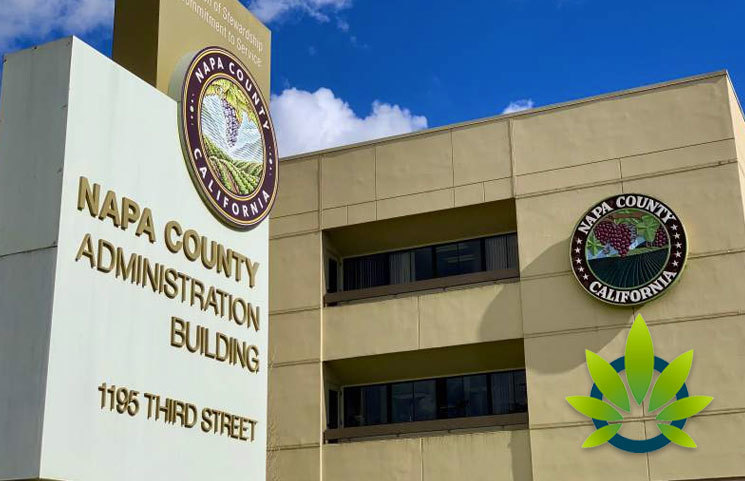 The Napa County Cannabis Regulation Initiative is seeing opposition from the Napa County Farm Bureau. The Napa County Cannabis Regulation, which will appear on the March 2020 ballot, seeks to allot up to 1 acre of land for every 10 acres of land for cannabis cultivation. The scope of the lands will be those in the Agricultural Preserve (AP) and Agricultural Watershed (AW) zoning districts which are mostly the unincorporated lands in the area. Indoor and outdoor cultivation would then not be subject to any public approval.

However, the Napa County Farm Bureau sees this to have a number of negative effects on the cultivation of other crops in the county.

Ryan Klobas, CEO of the Napa County Farm Bureau says that they “look forward to informing voters about the ramifications of this initiative should it be enacted and the irreversible changes it could bring to our county. The Napa County Farm Bureau will focus on building a broad base coalition in the coming week to fight an initiative that will no doubt have adverse negative impacts to Napa Valley.”

“As the political leader for agriculture, the Napa County Farm Bureau will vigorously work to protect agriculture from bad policy. This is an initiative that will negatively impact our membership, and the crops they grow. To protect the interests of agriculture, our board has voted to dedicate our political resources towards defeating this initiative in March,” said Johnnie White, the President of the Bureau.

The campaign led by the Napa County Farm Bureau will start laying the foundations of this front starting with fundraising efforts which will be the key steps to defeating the initiative appearing on March 2020.

On the other hand, the Napa County Cannabis Regulation Initiative was announced to be joining the ballots on August 26. This was a decision by the Board of Supervisors instead of making it as an ordinance.