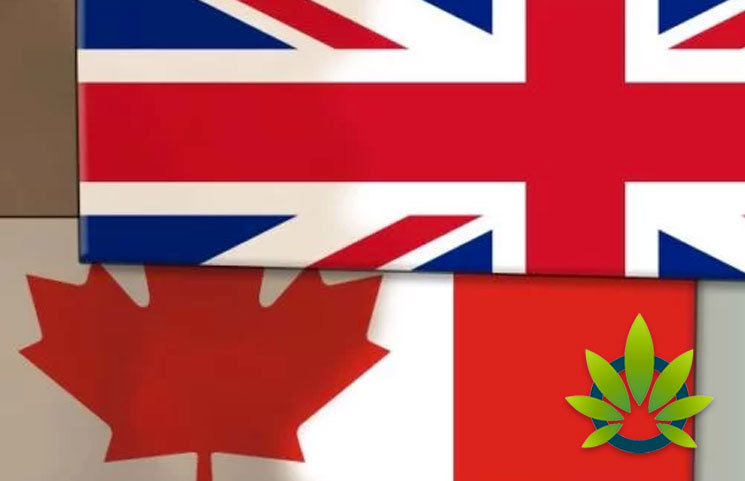 Canada made history when they legalized cannabis throughout the country, but other countries have been taking note of the way that this plan has been playing out. Recently, a cross-party group of MPs decided to take a trip to the country, and they seem to be a little influenced by how well the process is going. In fact, according to reports by Grizzle, the group even said that the United Kingdom could ultimately legalize recreational cannabis as well, giving a five-year margin for this development.

Jonathan Djanogly, a conservative MP, David Lammy from Labour, and Sir Norman Lamb of the Liberal Democrats, recently decided to travel to Canada to study this market. The trip itself was funded by Volte Face, a UK harm reduction group, though both Lammy and Lamb stated that they covered the cost of their travel. Lammy expressed that he was supportive of the legalization and regulation of the cannabis market in the UK. He stated, “I want to see the strength of the stuff reduced, labelled, and properly organized in this country.”

To document the journey, the MPs were joined by the BBC Newsbeat team as well, filming their reactions. The clips have already been provided to the press, and it features Lamb using cannabis oil on camera. In doing so, Lamb is the first British politician to ever be seen publicly on video while consuming marijuana.

Lamb has been a representative of North Norfolk for the last 18 years, and he spoke about the use of cannabis oil in his own life, and the way it helps with his own relaxation for restful sleep. He has been the leading force behind the legalization of recreational cannabis use for his party, and he even added that he was forced to flush cannabis oil with THC before he could go back to the UK since it is prohibits.

The stance that Lammy brings is part of a departure from the stance of his own party, as both he and Lamb could see recreational marijuana cannabis being legalized in the next five years. Djanogly has a different opinion, however, saying that the UK still has plenty of learn and understand about this legalization, and that it could easily be 10 or 15 years before the UK catches up to Canada’s progression.

Crispin Blunt, another conservative MP, has said that he is also expecting recreational cannabis use to happen in the next five years. His statements hold some weight, considering that he is the head of the All-Party Parliamentary Group on Drug Reform, and he’s a chair to the Conservative Drug Policy Reform Group, a private lobbying group that has funding from multiple cannabis companies. MP Andrew Mitchell of the Tory party has also urged for his political party to consider their stance on marijuana.

Medicinal marijuana was legalized in Britain in 2018, but the path is far from easy. The current NHS guidelines create significant hurdles for doctors to give prescriptions for their patients, even if their conditions would greatly benefit from it. Ultimately, Mitchell hopes that these guidelines can be changed to make it possible for patients to get pain relief as needed with the benefits that marijuana provides.