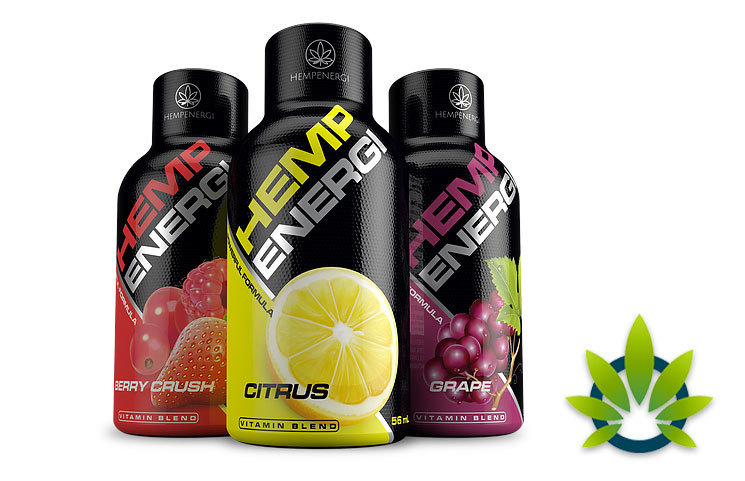 The current energy drinks market is saturated with an array of essentials carrying caffeine and sugar. While both do have the ability to spike one’s energy levels, it is not often considered the cleanest source of energy, especially in the case of the latter. Who can forget the lack of nutrients found is such drinks! This is where Hemp Energi comes into play, which is believed to act as an alternative to nutrients-lacking energy drinks. Here’s what consumers should know about Hemp Energi:

Hemp Energi is an energy drink formulated in a 2-ounce shot of 20 calories that claims to heighten one’s energy over a span of 5 hours. What makes this essential unique is its use of hemp oil, which definitely gives it a competitive advantage.

What does HempEnergi claim to deliver?

Given the use of hemp oil and added vitamins, consumers can expect to fuel their bodies with vitamins B3, B5, B6 and B12 among many others.

Vitamin B3, also known as Niacin, is believed to support every part of the body. Its ingestion can contribute towards maintaining one’s cholesterol levels and improving one’s brain function. Next, we have Pantothenic acid and Vitamin B6, both of which aid in creating blood cells while helping to convert consumed food into crucial energy. Finally, there’s Vitamin B12, which supports nerve and cells health.

Finally, with hemp oil comes possible rise in energy due to its healthy fats and ability to induce serotonin levels in consumers. That said, Hemp Energi is free of THC, therefore, concerns related to getting high is something that will not arise.

Hemp Energi is presently offered in the Berry Crush flavor (combining strawberries and raspberries), with Citrus and Grape flavors anticipating for launch in the near future.

Overall, what gives Hemp Energi the final say is its proclaimed health-conscious formula. In addition to the use of hemp and vitamins, Hemp Energi is deemed free of artificial colors, sweeteners and flavors. That said, its consumption allows for a smooth energy source rather than one that prompts jitters and crashes.

For optimal uses, consumers have been advised to take it directly as a shot or to add it to one’s preferred beverage. To ensure one’s health is not compromised, it has been advised against taking it either on an empty stomach or exceeding three shots within 24 hours. Visit here to learn more.