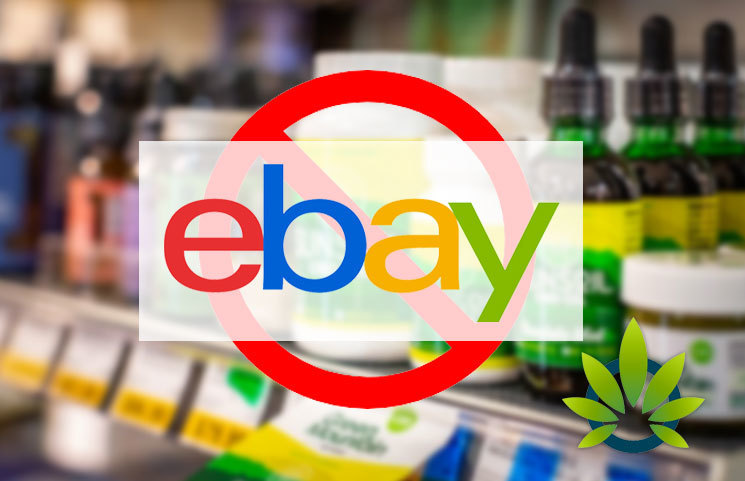 eBay, the giant online shopping site has insisted that all CBD products will continually be banned on its platform. This comes at a time when other companies such as Square, a payment processor, is making it easier and simpler to market CBD goods.

Responding to a tweet that was complaining about the removal of a cannabidiol oil from the site last week, eBay said that although selling and buying of hemp-derived products was legal in some countries, it was highly controlled and regulated in others. Even in those countries where it is legal to sell and buy these products, the FDA regulates it and other law enforcement agencies enforce it.

A representative to the company stated that it is for this reason that eBay has prohibited the sale of the products globally. This is in the wake of a contradicting announcement made by Square saying that it has created a pilot program which will grant credit card processing services to CBD-related businesses. Many companies have reported to struggle with this, even after the legalization of hemp through the 2018 Farm Bill.

However, when searching eBay, various listings for CBD related products turns up, including lotions, oils, and gummies. When questioned, the company says that those sellers are in violation of s policy which has caused many sleepless nights to the CBD consumers for many years.

It is notable that discussions on community forums about eBay’s CBD ban goes back to 2015 and most of the people have challenged that decision. However, although president Trump and the Congress have legalized hemp and its products, FDA has the authority to regulate CBD. FDA has said that it is currently illegal to market hemp-derived products either as a food additive or a dietary supplement.

Notwithstanding, FDA intends to hold a public meeting this Friday to deliberate on alternative regulatory measures that may give leeway to the sale of CBD-derived products. Scott Gottlieb, a former FDA administrator said that a further congregational action may be needed to resolve this issue.

However, as this resolution is being waited upon, many big companies such as CVS Pharmacy, are bend on testing the waters and they intend to start selling CBD products even in the face of the existing restrictions from the federal.

Other eBay competitors like the Amazon have not yet commented on their CBD selling policy. However, a search through their site has shown thousands of various hemp-based products.