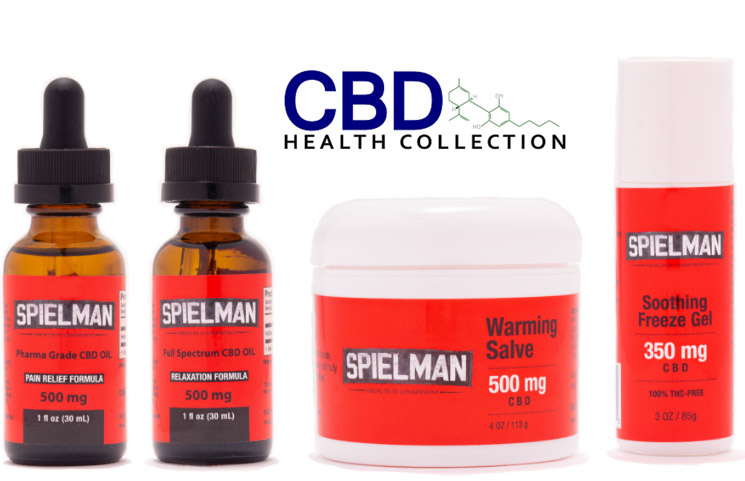 When the coronavirus pandemic hit the world, it did a lot more than threaten the health of families everywhere. It also struck down upon the economy, putting hundreds of thousands of people out of work and delaying major launches that had been months in the making. Chris Spielman’s CBD line is just one of the many product collections that has suffered, but no longer!

According to a recent report from BizJournals, Spielman is finally launching online from CBD Health Collection, making it the second brand to launch from this New Albany-based company. Though there are no meetings with retailers to stock the products in stores, Spielman will be marked online, according to Rick Bauer, the co-founder. Spielman, who previously was the linebacker for the Ohio State University Buckeyes, commented that he used his own last name as the brand’s name because he’s so confident in it. He remarked, “I’m almost an employee without being an employee.”

Spielman had to stop playing in the NFL as the result of a neck injury he sustained, which is a common story for far too many athletes. Explaining the struggle, he said,

“Ex-players like myself are sick of taking standard over-the-counter [pain and anti-inflammatory] medications, because you take so much when you’re playing. I just got so sick of taking pills.”

Spielman played 11 years with the NFL for the Detroit Lions, Buffalo Bills, and the Cleveland Browns and had to retired because of the multiple serious neck injuries he had.

With CBD, he may not have to. Multiple studies have shown the effects that this simple extract can have on pain and inflammation, though there is still a lot of research to be done and all CBD Health Collection products are lab tested and can be found on the selling website. Still, that hasn’t stopped many companies from launching these products, and consumers seem to be getting the relief that is advertised. Chris uses CDB everyday stating,

“Finally, I found a natural product to deal with the aches and pains that come with living and active lifestyle. No pills, no problem”.

CBD Health Collection recently launched their first CBD line last summer, though much of the marketing for it has been with recommendations by physicians. The product line was doing quite well since the launch, but all of that progress came to a screeching halt when the pandemic led to shutdowns everywhere, according to CEO Ashley Bauer. Luckily, the company has received many online orders as the pandemic has continued.

While some people may be unhappy with the launch of a new brand when so many people are suffering financially, Ashley Bauer explained that the brand is “starting to get to a time where we start to adjust to a new normal.” After all, businesses in Ohio have already started reopening multiple industries, but the launch of this product remains predominantly online.

Along with the adjustment for the “new normal,” CBD has been known to help with many of the emotions that consumers are dealing with right now, like sleeplessness and anxiety. Rick Bauer explained that, with the launch, he and the team “felt like we could help a lot of people. We decided this is the time.”

On the collaboration with Spielman, Rick added, “The reputation we want to have in the market – of being straightforward, transparent – those are the attributes we see with Chris. He’s got integrity.” Though Spielman has moved from playing in the NFL to commentating on it with Fox Sports, the former professional athlete has taken this opportunity to endorse the new line. While he is letting the company use his name for the new CBD products, he doesn’t actually have equity in CBD Health Collection Itself.

As marketing efforts expand across social media for the Spielman CBD products, consumers will be able to get a touch of the relief that everyone so badly needs during this pandemic. The Spielmann line includes a  CBD Freeze Gel, A Recovery Pack, THC free CBD tincture that's specifically formulated to help control pain and inflammation, CBD Warming Salve, 3 Full Spectrum CBD Tinctures and Spielman Pain Patch.