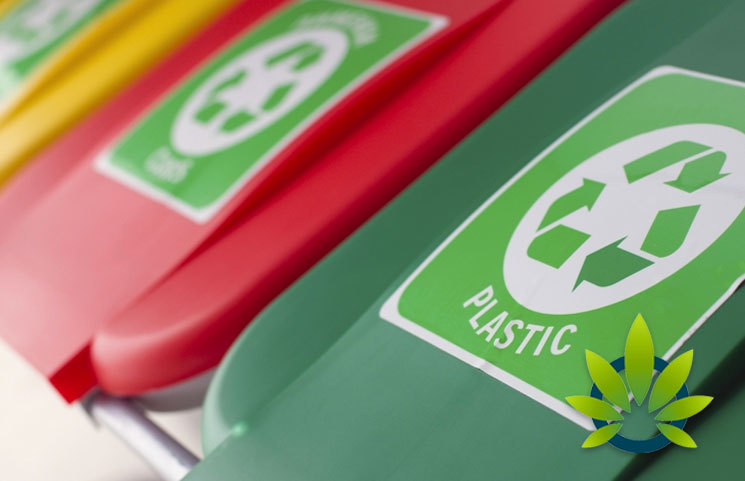 As the cannabis industry in the United States continues to mature, its leading companies must find ways to adopt to the trends and important concerns which face larger corporations in other sectors. While smaller companies in sectors just beginning to gain traction can often get away with overlooking some of the environmental issues which have taken center stage in business ethics discussions this past decade, cannabis companies are being pressured more and more by consumers to clean up their act—literally.

One California company has taken the initiative to reduce their own plastic waste, and they did it by simply adding one small step to their manufacturing and packaging process. CannaCraft is a major California cannabis company specializing in the production of vapes and vape cartridges containing cannabis and THC ingredients. These popular vape cartridges are required by law to be packaged in such a way that makes them harder for children to access.

Until now, the company had used the industry standard—an additional piece of single-use plastic which must be twisted off in a complicated way to keep children from opening the package. While this method is effective at its intention and keeps kids from accidentally getting into something they are not supposed to, it also contributes greatly to the plastic problem facing most of the world. Like many companies, this cannabis producer realized that their contribution to the plastic problem is a significant—and very preventable—one. Plastic can take thousands of years to degrade, can be toxic, and seeps into food and drinking sources all over the world.

To remedy the problem, the company did away with the child-resistant tubes that their vape cartridges were previously packaged in. While it may seem like a small change, these plastic tubes amounted to over two million large pieces of single-use plastic which was simply thrown away after its original use.

Instead of using the plastic container, CannaCraft simply added an additional step to their manufacturing process, sealing the vape cartridges without using an extreme and unnecessary amount of single-use plastic. The process will cut down significantly on the plastic use by the company, eliminating the need for a large plastic encasing, while still keeping children out of the package effectively.

According to experts, the move by CannaCraft will do wonders for the company’s public image. Additionally, analysts predict that companies in the cannabis sector all over California will likely adopt a similar system. Leaders in the CannaCraft company were quick to point out that they were inspired by the innovative and eco-friendly manufacturing processes used by other industries in the U.S. Now that CannaCraft has brought the same fervor for the environment to the cannabis sector, it is likely that other countries will continue to follow suit.

Hopefully, the actions by this company to preserve the environment and cut down on unnecessary single-use plastic will inspire companies all over the massive and ever-growing cannabis industry to re-evaluate their own manufacturing processes for efficiency and eco-friendliness.