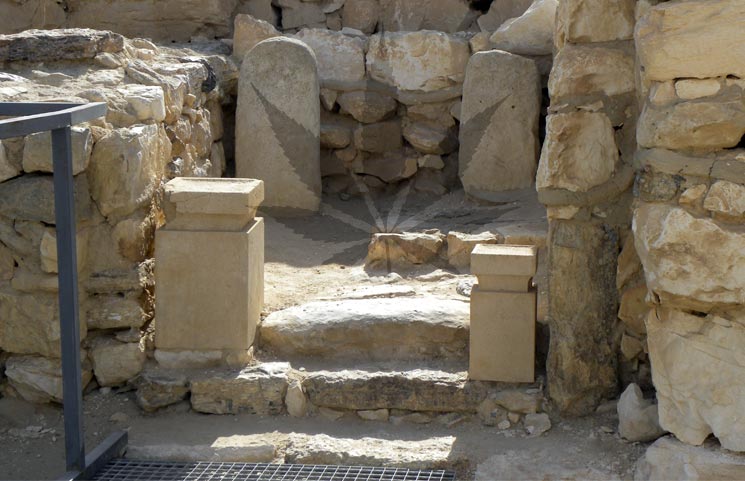 Cannabis hasn’t always been illegal or even criminalized, which is evident by the fact that the prohibition against its use didn’t even occur until 1937. Before it was touted as the must-have party drug of the 1960s, it was actually used in ancient cultures as hemp, using it as a medical treatment and a material for rope and textiles. Now, according to a new study in an archaeological journal Tel Aviv, researchers have found cannabis in a surprising location – an ancient Judahite shrine located in Beersheba valley.

The authors of the study, led by Eran Arie, stated that the material was discovered at the two altars at the entrance of the shrine, which is described as the “Holy of the Holies.” This material on the smaller of the altars has “residues of cannabinoids,” which included THC, CBD, and CBN. The researchers also found “an assortment of terpenes and terpenoids,” which they say is enough evidence to show that “cannabis inflorescences had been burnt on it.” Their discovery also included that the residue they tested had some traces of animal dung, which they suggest was used for healing.

The site this residue was discovered on was actually excavated in the 1960s, and researchers had found the same residues back then. However, with the technology at that point, the chemical analysis was inconclusive, leaving them unable to discover was left behind. This recent research allows the scientific community to learn more about both the culture and religious practices of the area years ago, while giving more certainty about what these cultures knew about cannabis. To analyze the recent samples, Arie explained that he used modern technique that weren’t available in 1965, which included gas chromatography and liquid chromatography.

Speaking with CNN, Arie explained that the use of hallucinogenic substances have been used in cultures worldwide, often to reach “some kind of religious ecstasy.” However, that doesn’t make the discovery at the Judahite shrine any less significant or surprising, as Arie pointed out that it “says something new about the cult of Judah,” particularly in regard to the use of substances that offer a mind-altering effect.

Even though the use of frankincense was found on the larger altar, Arie disputes the idea that cannabis was only used for its aroma, adding that sage could produce a similar fragrance. Instead, based on the circumstances, the researchers believe that the mind-altering effects are what the cannabis was used for. Still, since there’s no seeds or pollen from cannabis found in that particular region, the only way that these researchers think that cannabis would’ve shown up is through importation as hashish. The report, which is title Cannabis and Frankincense at the Judahite Shrine of Arad, also said,

“As the terpenoids detected are not unique to cannabis and may be found abundantly in many other local plants, it is likely that the cannabis burnt on the altar was not imported for its smell or therapeutic virtues but for its mind-altering abilities, expressed only by heating.”

Cannabis use and cultivation has been found in other parts of the world that dates back to 500 B.C. For instance, archaeologists in China discovered only last year that cannabis has been used there for burial rituals. In that study, researchers surmised that, since the individuals found at the burial plot weren’t exactly upper class, smoking this substance must have been,  “gradually popularized from the elite class to the common people in the eastern Pamirs in China at least 2,500 years ago.”

Anthropologists have found plenty of evidence through the years that cannabis has been enjoyed as a psychoactive and intoxicating experience, just as much as it has been used in medical circumstances. The Gaddi tribe, found in the western Himalayas, used cannabis for the possible hallucinations, while tribe members from Africa’s Buganda kingdom and Pakistan’s Khanabad village used it to feel euphoric. As a medical treatment, the Sotho of Africa found pain relief in cannabis.

Moroccan midwives used cannabis for a more fatal purpose, helping women to abort their pregnancies. However, the use of cannabis for pain relief from contractions and even induction of labor was just as common, which is evidenced by the remains discovered in Jerusalem of a teenage girl with a 40 week old fetus still in her pelvis, with items near the girl's remains testing positive for THC and CBD. The cave is believed to have been preserved since the fourth century.