Potential Psychoactive Effects of CBD: Does Cannabidiol Create a High Like THC? 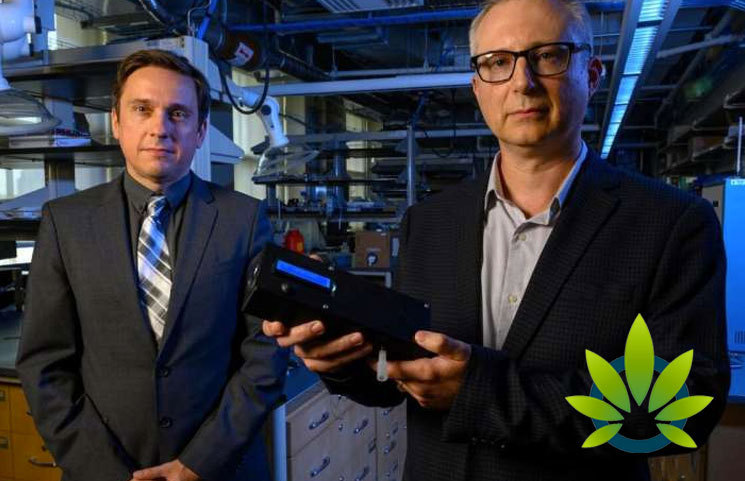 With the legalization of cannabis spreading like wildfire, being able to detect people under the influence becomes important. According to the National Institute on Drug Abuse, multiple studies have been reported to show a significant increase in crashes after having consumed marijuana.

That said, two departments from the University of Pittsburgh, i.e. that of chemistry and Pitt’s Swanson School of Engineering have come together to develop a breathalyzer that measures the amount of THC present in one’s system reports Trib Live.

According to a spokesperson from the university, Maggie Pavlik, the group of researchers have since published their findings and have patented the device.

As for how the device works, it supposedly uses nanotechnology. In other words, carbon tubes, tinier than the finest human hair are used to measure THC molecules, where the latter gets bonded to the nanotubes. This forces a change in electrical properties, which can be read.

The Lead Author, Sean Hwang, who also happens to be a doctoral applicant in the chemistry department, shared more regarding their device. Apparently, the carbon nanotubes are a recent finding, making the device more tech-savvy than one would assume. As per Hwang, the breathalyzer was taught to read:

“the presence of THC based on the electrical current’s recovery time, even where there are other substances, like alcohol, present in the breath.”

Moving forward, researchers will have to figure out what levels of THC implies impairment, which could be affected by a number of factors including frequency of use and their size among others.

Potential Psychoactive Effects of CBD: Does Cannabidiol Create a High Like THC?