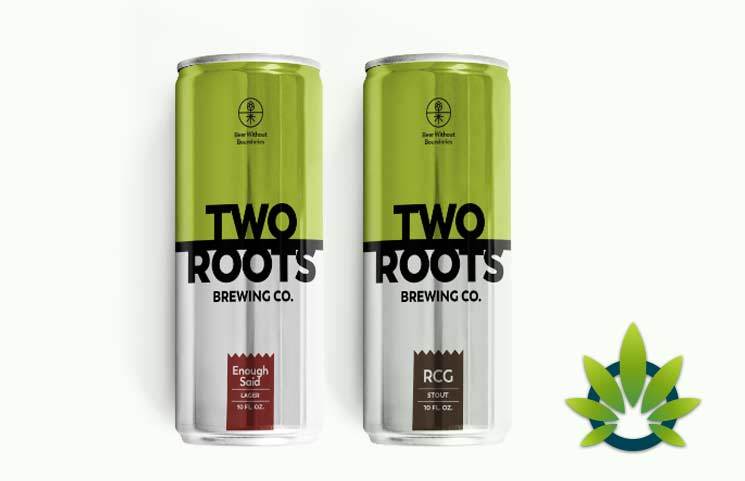 Beer is widely accepted and celebrated in today’s society. Brewers keep on innovating and formulating beer brands meant to be unique from the others and give the user a different experience. Most interestingly, you can now find beer infused with cannabis in the market today.

One of the companies that have defied all odds and brewed distinctive cannabis beer is Two Roots Brewing Co. Read on to understand this company better and the kind of products they offer in the market.

Being one of the pioneers in artistically fusing cannabis and beer, Two Roots Brewing Co. has a wide assortment of non-alcoholic beers. They have combined the passion for art with science, social responsibility, and innovation with an aim of creating a distinctive class of adult beverages that are meant to bring change to cannabis and beer markets.

Two Roots Brewing Co.’s “CannaCrafted” beer was born in Southern California. It is cannabis-infused and to make it more interesting, the beer contains 0% alcohol composition. Two Roots Brewing Co. has a development team and works alongside artisan brewers who are claimed to be dedicated to innovating exceptional products or formulations so as to facilitate the company making a precedent in quality and tasty cannabis-infused beer market.

Their drinks are said to be micro-infused, and effects come on in about 5 to 10 minutes and dissipate after about two hours or less. The quick onset is meant to resemble alcohol’s quick effects. The brew is meant to entice stoners into taking a THC-based beer instead of taking an alcoholic beer alongside a dab, blunt or edible

Two Roots have an ideal design and manufacture technology of Cannabiers. They use state-of-the-art technology to de-alcoholize brewed beer. After the beer is brewed, it is sent to an alcoholization plant in San Diego to eliminate alcohol from the product, but still maintain top flavor notes, appearance, and smell of beer.

Why Two Roots’ Cannnabier Stands Out

Two Roots Brewing Co offers their customers with a well formulated or micro-dosed beverage with alcohol’s rapid onset and dissipation from the user’s body. The company believes that products like this will help in reducing or eliminating people’ fear of products that are infused with cannabis.

Two Roots beer is non-alcoholic and has multiple carbohydrates and electrolytes. This is some way can be related closely to a sports drink. The carbohydrates are responsible for adding energy levels

Two Roots cannabiers are ideal healthy alcoholic beverage alternatives. They successfully give the user the experience of smoking a blunt and that of taking a beer altogether.

Two Roots Brewing Co.’s Enough Said is a crisp lager, which has been rooted in German Traditions. This beer is made with only Hallertau hops and pilsner malt. It is refreshing and can be used on any occasion.

Two Roots Brewing Co. RCG has incredible creamy goodness, it features notes of caramel, chocolate, and coffee that gives it a rich, complex taste with a smooth finish.

Well balanced with fruit hop aroma and flavor, this streetwise IPA has been inspired by its travels to New England from West Coast and back. Oats and light malts have been used in making this beer.

Sonder features delicate finesse and subtle complexity that makes it blonde beautifully balanced. Ingredients go through cold fermentation and layering to make this Kölsch style vivid and unique from other beers.

Two Roots Brewing Co.’s tropical infamy is a Bavarian bohemian, which has managed to find its ways into the tropics. Being Hefeweizen at heart, this beer not only has Noble hoops but also does it introduce a tropical twist from the aroma hops of modern America.

In simple terms, Two Roots cannabiers are dealcoholized beers with elements of cannabis (CBD and THC). They give the user the joy of taking a beer, and a psychoactive effect produced by THC. While these beers are illegal in some states, people who have tested them praise their goodness. Nevertheless, the company has been at the forefront of cannabis legalization on all over the UnitedStates and hopes that one day, everyone in need will have a chance to taste the cannabiers.