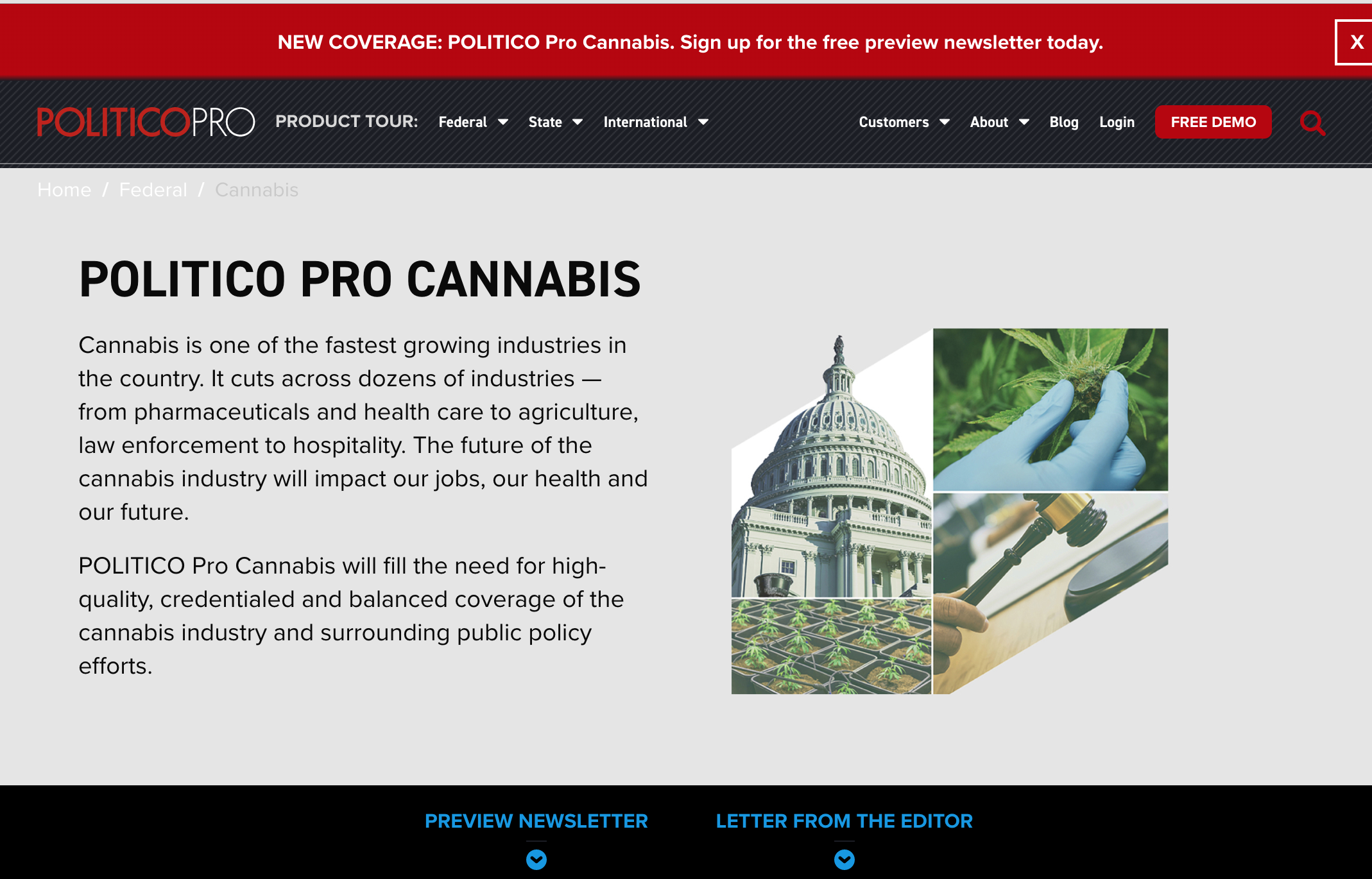 One of the biggest problems with cannabis today is the lack of information readily circulating to the public. Politico Pro is trying to fix this problem by developing the first national policy outlet, including a cannabis team, according to reports from Washingtonian. The new vertical published a preview of the newsletter on Monday, and the public will be able to access this newsletter at no cost until the end of September.

Paul Demko, the editor for the cannabis section, commented,

The majority of the news in the cannabis sector has been covered by publications that focus on marijuana, like Marijuana Business Daily. So far, no other national policy publication has assigned a team that deals with the growing industry. Considering that the Politico Pro subscription service already has over 27,000 users, the number of people now able to learn about the changing policies in the cannabis industry is substantial.

Fertig stated, “It’s the ultimate policy job because it’s completely new. It’s a fruition of covering things that already existed in politics and now moving into something that doesn’t exist. It’s a new challenge.”

One of the big issues on this coverage is the fact that cannabis is federally illegal right now, despite 11 states having legalized both recreational and medical use. Along with the work of Fertig and Zhang, the network of state bureaus involved with Politico and Canada will be contributing to the reporting found on the cannabis sector.

Cannabis is being approached with a serious attitude, rather than the playful or conversational tone that other publications are taking. After all, it is a federal publication, and they plan to write about cannabis in a respectful way. Fertig explained,

“It’s the first major national new organization to create a full cannabis team and I think that’s a really amazing opportunity. We’re going to be doing some stuff that no one else is doing and we have the resources to do that.”

Tetrahydrocannabivarin (THCV): Is It Marijuana’s Next Big Cannabinoid?