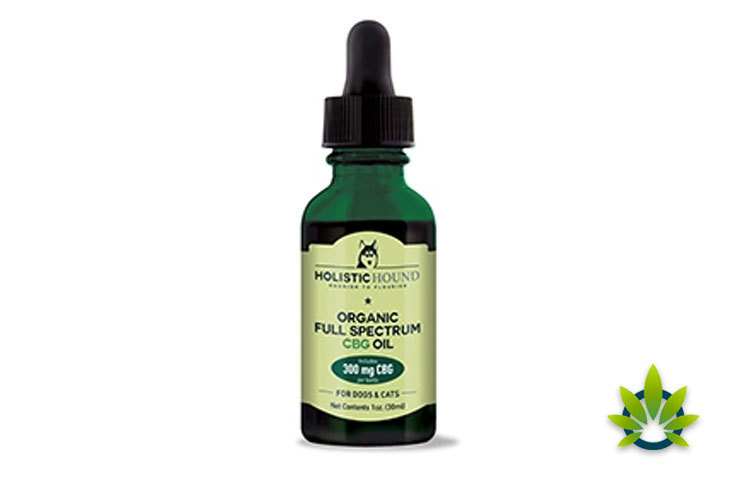 CBG is considered to be a “stem cell” of both CBD and THC and is one of the five major cannabinoids.

CBG provides an energizing sensation, rather than the relaxing effect that CBD and THC may offer.

The information about cannabidiol (CBD) is still being investigated, as there are many consumers that don’t exactly have a clear understanding about what it does. Though the industry is still working to research how exactly this substance works within the body, Holistic Hound is bringing in another phytocannabinoid to the industry that consumers need to get familiar with – CBG.

CBG, or cannabigerol, is being toted by Holistic Hound as the next big phytocannabinoid that the industry needs to pay attention to, and it is found in their new full-spectrum 300 mg oil for pets. Heidi Hill, the founder of Holistic Hound, states, “CBG is not ‘the new CBD’ or a replacement for CBD, but rather an amazing complement to it.” Admittedly, the substance is fairly similar to other cannabinoids, but it features “its own unique healing benefits” and is worth looking into for pets. Hill stated that their company has been a leader for CBD in the pet industry for the last four years, and they are “proud” to be a company that is shedding light on the use of CBG for pets.

The hemp/cannabis plant has over 100 phyto-cannabinoids, and CBG is considered to be the “stem cell” of both CBD and THC, according to statements from Holistic Hound’s officials. As one of the five major cannabinoids in cannabis, the other substances include CBD, CBC (cannabichromene), THC, and CBN (cannabinol). CBG is sourced from younger hemp and cannabis plants, and its chemical structure and concentration is much different from CBD.

Officials from the company stated that CBG can help with inflammation, though it also offers “analgesic properties, with strong affinities for the bladder, bowel, and brain.” The officials add that the substance is helpful in soothing depression and anxiety but offers an energizing effect that helps with focus. In contrast, CBD tends to calm and relax consumers.

In the launch of the new CBG oil for pets, Holistic Hound will be collaborating with Animal Supply Co. Consumers can visit the Holistic Hound’s natural pet store in Berkeley, California.