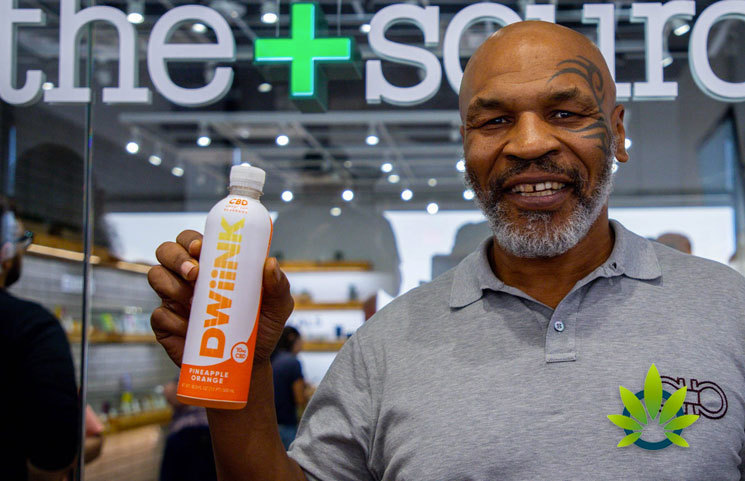 Mike Tyson is a celebrity that has notoriety like no other. Though he hasn’t been in a professional fight since 2005, he has started getting involved in the cannabis industry. In an article by WeedMaps News' Robert Kachelriess, provided exclusively to Benzinga Cannabis, Tyson spoke about his business and the changes he’s made in his life.

Tyson has established a line of products from his own brand called Tyson Ranch, which has been expanding the selection of products recently and selling them in Nevada dispensaries. Before now, the line was only available through the Planet 13 cannabis superstore, becoming one of the top-selling products. Now, the THC-based products from Tyson Ranch can be purchased through dispensaries in California and Nevada alike, though Tyson intends to launch these products in Colorado, Washington, Massachusetts, and Oklahoma.

Tyson was originally introduced to marijuana by a friend of his mother’s when he was “six, seven,” he told the publication, and he’s been using it consistently ever since. In fact, he stated that he even used the substance in a fight against Andrew Golota in 2000, partaking the night before the event. While he had to pay a $250,000 fine, and he was forced to give up his victory, he still believes that all athletes can benefit from the use of marijuana.

Taking on the legal business clearly had to be a careful move, and he learned “the do’s and don’ts, ins and outs” of the industry from business partner Rob Hickman. He explained that he is a daily part of the work done in the company and the decisions made regarding it. When asked about whether Tyson Ranch is targeting a broad audience, he explained, “No. This is world domination. This is for everybody from all walks of life. Anyone who can breathe air.”