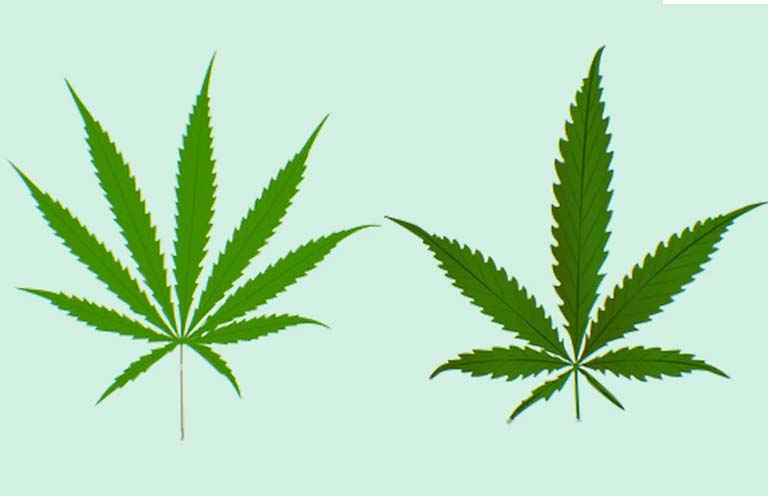 Are you confused about the difference between marijuana, hemp, and cannabis? Where do cannabinoids and terpenes come from? Or maybe how much THC is really in hemp?

One infographic broke down the difference between marijuana and hemp in a straightforward way. The infographic explained where the names come from and how different cannabinoids are sourced.

We’ll summarize the fundamental differences between marijuana and hemp below. 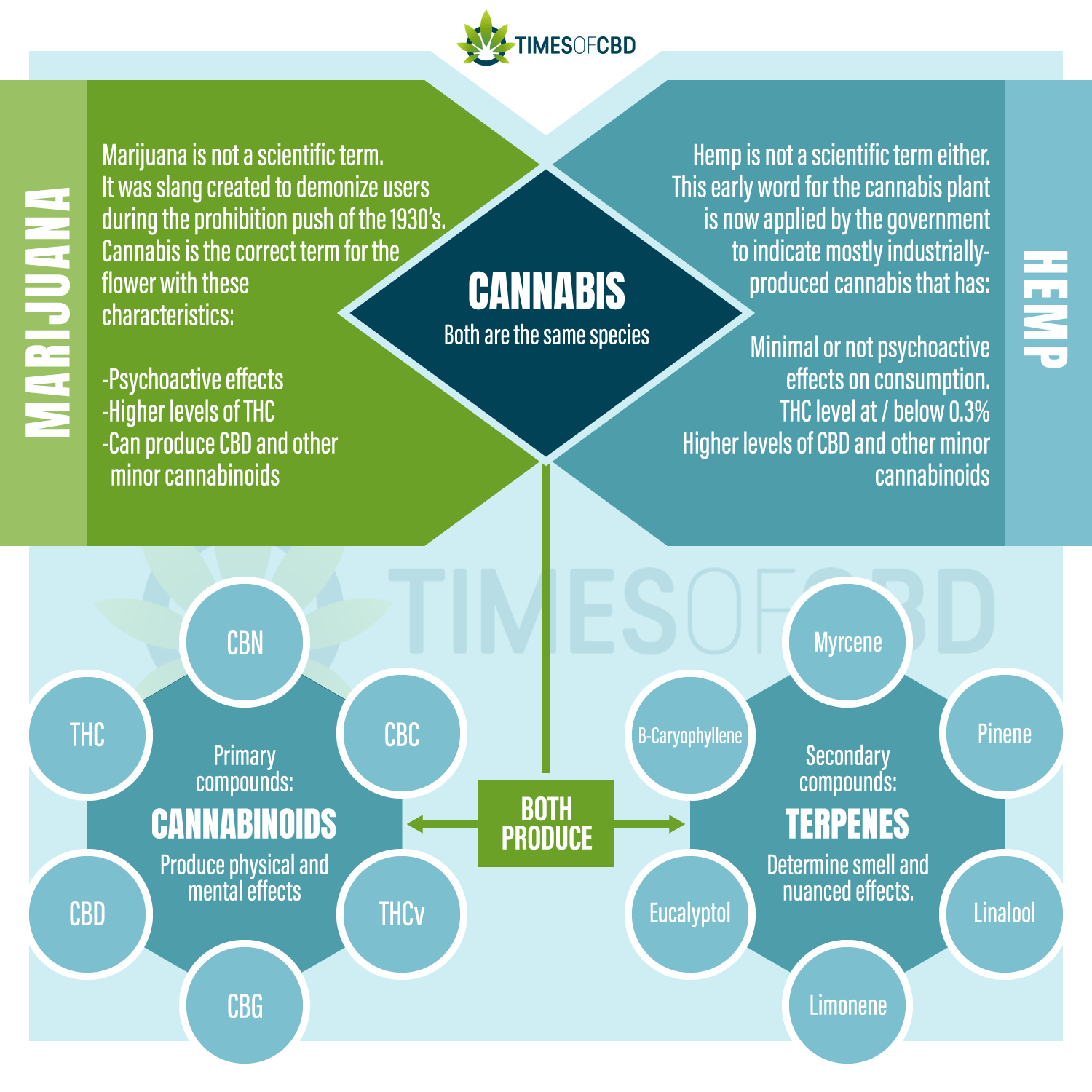 Marijuana and hemp both come from the same species of plant: the cannabis species.

Marijuana is not a scientific term.

Before 1910, marijuana did not exist as a word. Americans used the word ‘cannabis’ instead. They typically used this word to reference medicines and remedies for common illnesses. In fact, in the early 1900s, ‘big pharma’ companies like Bristol-Myers Squibb and Eli Lilly added cannabis and cannabis extracts to their medicines.

Wealthy Americans experimented with cannabis after seeing it glamorized by celebrity authors like Alexander Dumas. Cannabis later came to be viewed as a type of medicine – or as an exotic treat for the upper class.

The exact origins of the word ‘marijuana’ are not confirmed, although we believe it comes from Mexican Spanish. Oxford English Dictionary traces the word to the Aztec-era language of Nahuatl, where mallihuan means ‘prisoner’. This purportedly turned into marihuana, eventually turning into ‘marijuana’ when Mexican immigrants arrived in the United States.

During the 1920s and 1930s, prohibitionists encouraged the passage of laws banning marijuana across the United States. There’s been a different attitude towards marijuana ever since.

Today, marijuana has the following properties:

Hemp is also not a scientific term.

Instead, hemp is an alternative word for the cannabis plant used in some parts of the world. Hemp has been used for centuries among different cultures, who saw it as a crop before recognizing its psychoactive effects.

Today, many hemp strains have higher levels of CBD and other cannabinoids. These cannabinoids aren’t linked to psychoactive effects but may have benefits of their own.

Hemp has the following properties:

Both Marijuana and Hemp Produce Terpenes and Cannabinoids

It’s no secret that cannabis potentially carries various benefits. Today, increasing research shows those benefits could come from the terpenes and cannabinoids in the cannabis plant.

These chemical compounds within the plant lead to differences between strains. Some strains are rich with CBD, for example, which has its own potential benefits, while other strains are rich with a full spectrum of terpenes, which seem to have an ‘entourage effect’ for encouraging benefits.

Cannabinoids are chemical compounds within the cannabis plant. There are hundreds of cannabinoids within the plant. You’ve heard of the best-known cannabinoids like THC and CBD. However, researchers have identified others that could have their benefits.

Terpenes are secondary chemical compounds within the cannabis plant. They’re not fully understood, although terpenes seem to lead to small and nuanced differences between strains.

When you buy full-spectrum cannabis products, you get cannabis with the whole plant and all its terpenes and cannabinoids. You’re not getting an isolate. Research suggests terpenes have a complementary effect, helping other cannabinoids work more effectively.

Research is ongoing, but common terpene strains include:

By understanding cannabis and the difference between hemp and marijuana, you can become a more informed cannabis user.