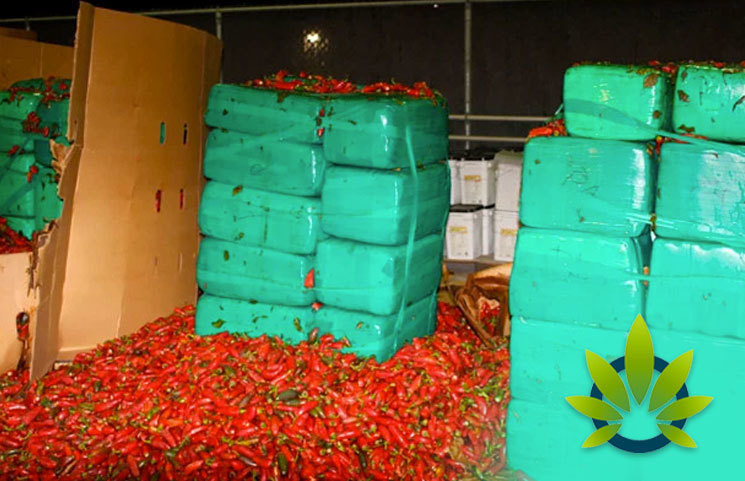 United States Border Patrol agents discovered four tons of marijuana in a cargo shipment of jalapenos from Mexico. The driver was stopped by border patrol for an inspection when entering in through the Otay Mesa border entry in California, reported CNN. During the inspection, nearly four tons of weed was discovered. Marijuana is illegal under federal law and is classified as a Schedule I substance.

U.S. Customs and Border Patrol issued a press release on the matter. The marijuana was valued at around $2.3 million. Rosa Hernandez, the Otay Mesa Port Director, stated in the press release, “I am proud of the officers for seizing this significant marijuana load.” She added, “Not only did they prevent the drugs from reaching our community, they also prevented millions of dollars of potential profit from making it into the hands of a transnational criminal organization.”