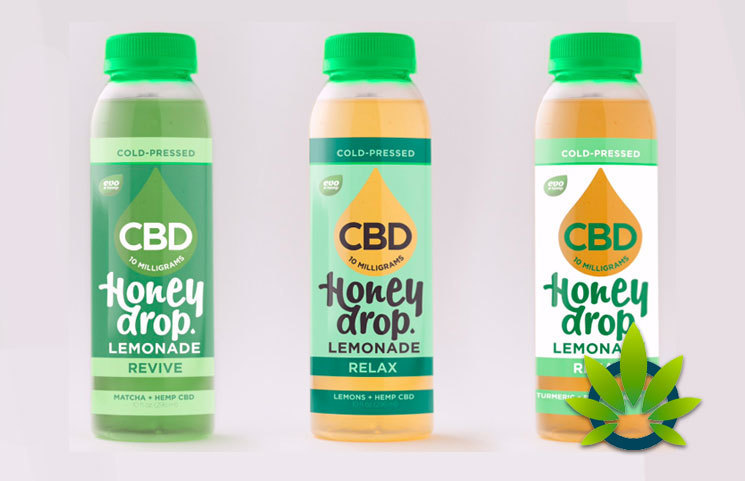 As changes happen in the US economy with the recent approval of the Farm Bill, many companies in the CBD industry are looking to team up with non-CBD companies for a broader selection of items. Honeydrop Beverages creates cold-pressed lemonades and has decided to join Evo Hemp, a Colorado-based CBD company. Together, the two will soon be launching Honeydrop Cold-Pressed CBD Lemonades.

This new beverage was created by Mareill Kiernan, the Senior Vice President of Honeydrop, and is rooted in his experience as both a health coach and a certified holistic natural foods chef. Each drink contains a teaspoon of US-made honey and 20mg of CBD from Evo Hemp.

Available for $5.99 for a single-serving bottle, the products will only be available in Southern California and the New York Tristate area, due to the distributors based in Los Angeles. Soon, the company aims to ship the products worldwide, though consumers can learn more about the shipping options by visiting the official website.

“Honeydrop has done an amazing job adapting to the market and responding to consumer habits, which inevitably led to the creation of these new cold-pressed CBD lemonades. CBD offerings are going to be an amazing addition to their already impressive lineup of low-sugar honey lemonades.”

In the next few years, the company projects a 6% growth CAGR, and the CBD market is expecting that they will see $22 billion in accumulated sales over the next four years. These projections make the entrance of a CBD drink ideally timed, especially considering the simple blend of ingredients that will agree with health-focused consumers.

Co-founder of EVO Hemp, Jourdan Samel, commented, “Honeydrop has taken great pride in producing a delicious cold-pressed lemonade made with Evo Hemp CBD that is never heated, an important characteristic considering high-intensity pasteurization kills the benefits of CBD. Our ethically-sourced CBD not only supports Native American Tribes and rural farmers, but also the bees that pollinate it, as our hemp has no pesticides and contains all the necessary vital nutrients bees require to thrive.

Along with the announcement of the CBD lemon, Honeydrop has made another alteration to their company – the promotion of Andrew Lorig to their Chief Marketing Officer position. Lorig has worked in many various positions within Honeydrop already and has been a member of the Board of Directors for the last five years to help with the growth and progression of the company.

Collectively, the Board of Directors commented on Lorig’s time with them, saying,

“Over the years, Andy has established a far-reaching network of influential brand support. He has a proven track record for identifying exciting marketing opportunities and ideal brand partnerships to align Honeydrop with our target consumer. Honeydrop has a lot of organic momentum right now and Andy is surely going to accelerate that in this new role.”