Doctor Oz on CBD Oil: What Is Cannabidiol Hemp Extract and What to Look For
Advertisement 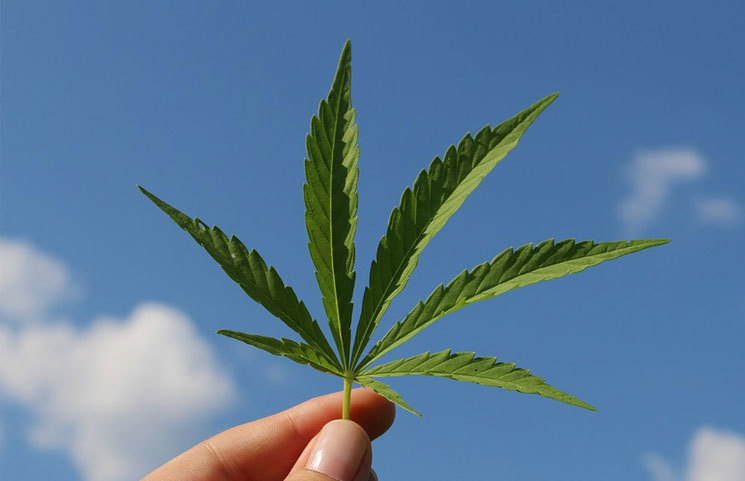 There are so many new products arising, and many of them have CBD, which is why Dr. Mehmet Oz is calling the current state of this product a “CBD oil boom.” When it comes to cannabis or marijuana, the majority of people have a reserved opinion of the substance. It has earned a bad reputation in the media, which has left a bad taste in the mouth of the less informed. However, marijuana is responsible for the creation of two chemicals, which need to be understood to fully grasp what this plant can do. That seemed to be the topic of conversation for one of Dr. Oz’s shows this week.

After introducing their topic of discussion, there’s plenty of information to go over, which he also published on his official website. Dr. Sanjay Gupta joined in on the conversation, discussing how different the components of marijuana are, and why people misunderstand them.

The two components are THC and CBD. When the same people think of the way that marijuana impacts people, they think of the negative psychotropic effects that years of drug education in schools have perpetuated. Glazed-over eyes, sluggishness, and an inability to control one’s body properly are some of the expectations, which are more commonly associated with THC. THC itself actually has plenty of medicinal properties, but the other effects have led many states to ban it.

CBD oil, an abbreviation for cannabidiol, is extracted from the same plant but doesn’t have the mind-altering effects. The oils are just a concentrated version of the compound, which doesn’t have the psychoactive effect. However, due to its relationship with marijuana already, this type of information hasn’t reached all of the people that would otherwise gravitate towards it. Furthermore, since it is still related to marijuana, federal law still prohibits it, so it may show up during drug testing for jobs and related activities.

Studies show that CBD can have a healthy impact on the body when uses daily. The actual dosage will vary per person and for the circumstance, but it is known for being used to:

CBD oil can be included in everything from an oral supplement to shampoos, and everywhere in between. Still, an important factor in getting these benefits has to do with the amount taken and what kind of product is chosen. In a display in the studio, the twosome shows that, out of nine products that they tested, the total dose ranges anywhere from 2 to 22 milligrams. Gupta commented:

Dr. Oz comments that these are products that arise everywhere, asking Dr. Gupta how to determine which of the products is the best one for the individual user. Dr. Gupta replies,

He goes on, saying it’s hard to tell someone it’s a “good idea” to use a particular product. Though the products itself is illegal, the FDA is still working to approve certain CBD and THC products, because there are no regulations to govern it.

Dr. Oz evaluates how much CBD oil is actually in the product, and what consumers are getting from it. He brings on Dr. Todd Cooperman, who works with ConsumerLab.com and has recently done evaluations on some of these products for their readers. First, in the research, they found that the range of products offered started at 2mg and went all the way up to 22mg. As far as cost, the average 10mg dose ranged from $0.80 to $4.50, with no variations in quality. However, there was no THC or heavy metals found in the evaluated items.

Dr. Cooperman said that most products don’t have the right number labeled, and intentionally mislead users. He advises the audience to check for certain words, saying:

“When you look at the labels, they often won’t say the amount of CBD, so they’ll use other terms, like ‘hemp extract.’ That typically means they are extracting some CBD from the plant. You’re getting some. If it says just ‘hemp oil,’ you’re getting none. Hemp oil has no CBD in it.”

Overall, Dr. Gupta believes that more research is necessary and that regulations could make the creators of products to be more honest.

Despite all of these benefits, it is important to speak with a doctor before adding in a new treatment. CBD is a natural product, but the same receptor in the brain that breaks it down is the one that breaks down other medications. As a result, there is a chance of increasing the concentration of some medicines. By overseeing the use of CBD with a doctor initially, consumers remain at a lowered or non-existent risk of complications.