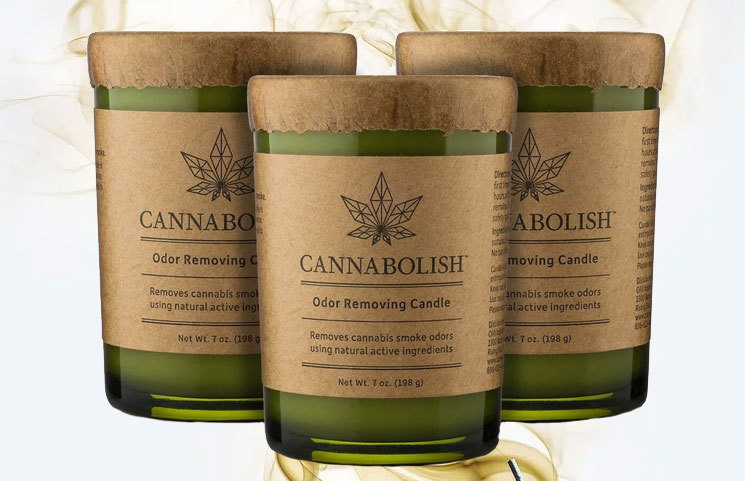 Since the legalization of cannabis was sparked in different regions across Northern America, the one thing that consumers are likely to have come across is its pungent odor. For some, it is likely to be a concern, as there still remains a part of society that judges those who are in favor of cannabis.

While several home remedies have existed in at least partially masking cannabis odor, a solution to rid it completely was yet to be offered in the market, that is, at least until Cannabolish was introduced.

Cannabolish is a brand devoted to eliminating and absorbing cannabis and tobacco odors through the use of sprays and candles. According to a previous press release, the Cannabolish’s patent solution was discovered by Dr. Laura Haupert, Director of Research and Development at the firm’s parent company, OMI Industries. At the time, she revealed that:

“Carbon filters remove only a small fraction of the odor. Cannabolish’s patented formula is unique because it completely removes odors and can be used safely both indoors and out.”

In an interview with Forbes , she elaborated on the actual formula created by Cannabolish. Interestingly, its role is not to mask the odor, but to neutralize it using simple ingredients such as plant oils and water. Here’s as per her words:

“I have scientifically developed a formulation called Ecosorb CNB 100 that neutralizes the cannabis growing odors as well as the Cannabolish formulation to remove odors from cannabis smoke […] Cannabis smoke odors have completely different chemical compositions, so the odor control formulations have to be different.”

1) Formulated Based on Scientific Findings

As per the claims made, the Cannabolish formula is unique because it is effective. More specifically, a lot of research went into figuring out that in order to fight cannabis’ strong terpenes, other plant-based terpenes were needed. In actually making the formula, the chemical structure of cannabis smoke was supposedly studied, which is how the team was able to identify specific odors and the choice of plant oils needed.

To ensure that the Cannabolish formula is in fact effective, the team underwent a number of rigorous testing. This was particularly necessary in understanding the interaction between different plant-based oils needed to neutralize the odor components of cannabis.

Cannabolish offers all-natural products, which consists of water, food grade surfactant (for structural purposes), and a proprietary blend of plant oils. The formula excludes the likes of harsh chemicals, synthetic fragrances, any trace of alcohol and is deemed 100% phthalate-free. Hence, consumers are potentially offered a non-toxic and non-hazardous solution that is safe for both humans and pets.

For a 2-ounce spray, consumers are expected to invest approximately $4.99. This is definitely fair, better yet quite inexpensive if consumers considered the quality of the plant-based oils found in each spray. According to previous consumers, the product worked great and was able to eliminate the odor regardless of the room and materials present. For those who prefer candles, the starting price for a 7-ounce candle is approximately $14.99, which is comparable to renowned brands (but there’s aren’t as effective in masking cannabis odors).

To find out more about Cannabolish’s formula, visit their website today.