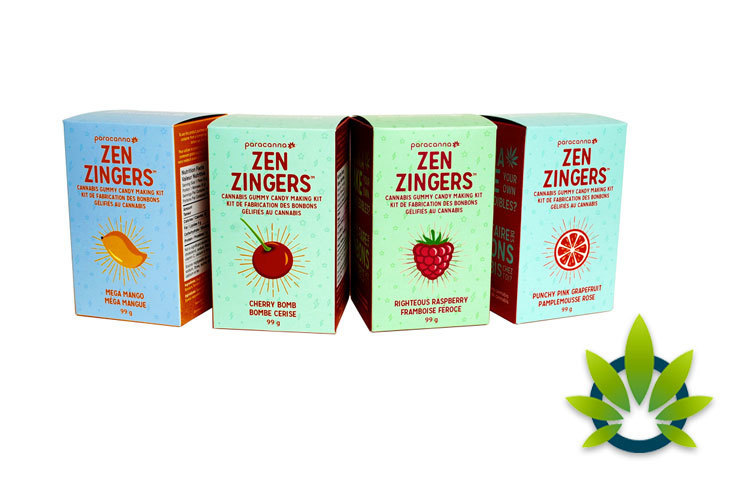 With edibles from food and beverages to gummies and baked goods becoming hugely popular, the demand is increasing. The difficulty in Canada is that they won’t be legal until later this year. With that said, if consumers are willing to make them themselves, they can enjoy them sooner rather than later.

Victoria-based company, Paracanna, has developed a DIY kit for consumers to make their own gummies using legal CBD oil. Flavors include “punchy pink grapefruit” and more and allow consumers to control the CBD dosage. The kits are called Zen Zingers and they can be made in approximately 10 minutes.

In addition to being convenient, Zen Zingers are also lower in cost than ready-made gummies. Because the product does not contain any cannabis, it isn’t subject to Health Canada’s edibles regulations. With that in mind, they still wanted to keep their branding and packaging tailored to adults and not attractive to children. The box is modelled after tea packing and the gummies come in the shape of half-sphere domes. This is because one of the main concerns about edibles in Canada currently, is their attraction to children and youth.

Paracanna also recommends starting off with a low dosage and slowly increasing it, if necessary. The kits are available in more than 300 stores in dispensaries and smaller, local grocery stores. The company is looking to take advantage of the delays in getting legal edibles on the shelves. They also believe that their product will continue to be popular as they will remain cheaper than pre-made edibles.