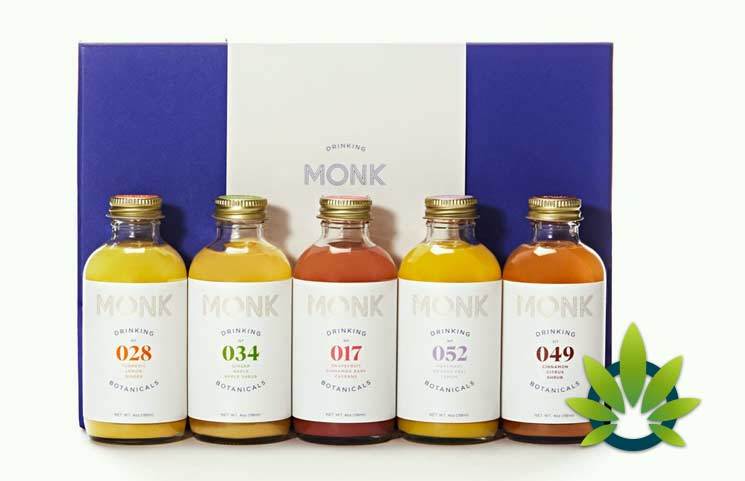 Are you constantly on the go and struggling to meet the body’s need for vitamins and minerals? Do you at times feel uneasy or discomfort (both mentally and physically)? If the answer is yes to both, there’s more you need to know! In a day and age where almost every possible solution exists in the form of ointments, pharmaceutical and OTC drugs and other man-made essentials, sometimes the need to retort to what nature has to offer arises.

Plant-based nutrition has been recently regaining attraction for its ability to stimulate a natural source of energy, increase essential nutrients intake and achieve a bodily balance that not many can achieve at once. This is where MONK Provisions comes into play.

MONK Provisions emphasizes on the notion of “Drinking Botanicals,” which as the name implies retorts to ingredients from nature including the popularized cannabidiol (CBD). To have an idea as to how MONK Provision has approached CBD-infused beverages, the following review will look closely at its purpose, the notion of Drinking Botanicals and the actual drinks offered.

What Is MONK Provisions?

MONK Provisions specializes in a line of CBD-infused beverages that heavily rely on natural ingredients, mixology and the yearn to create something that, as per the claims made, “excites the senses and nourishes the body.”

Each beverage is supposedly founded on the notion of “handcrafted” which simply implies giving heed to detail such as the source of botanicals and preventing the inclusion of refined sugars and artificial ingredients.

Fascinatingly, MONK has been deemed an alternative to wine drinking, but without the presence of alcohol and more so on the need to unwind naturally. Before jumping into the different drinks offered, it is important to understand MONK’s basics, i.e. Drinking Botanicals.

What To Know About Drinking Botanicals?

Drinking Botanicals have been considered as a combination of freshly-pressed juices, herbs and of course, CBD, to create a beverage the induces a sense of relaxation, restfulness and rejuvenation for the mind and body.

With a busy schedule comes the urge to take the night off to go for drinks, but the type of relaxation that arises from alcohol consumption is temporary and can be harmful in excess. This is where Drinking Botanicals brings a positive effect, as the relaxation is stimulated, but without the booze!

Rosemary Orange Peel (No. 052) has been created with the intentions of helping consumers relieve stress after a long day or simply as a boost to one’s morning. For a quantity of 8 ounces, consumers are ingesting 60 calories, 12 grams of sugar and 20mg of CBD, along with ingredients found in the name of the drink.

Similarly, the Cinnamon Citrus Shrub (No. 049) has been trusted as being crucial to boost one’s energy levels. What makes it slightly different is its rich source of minerals such as potassium, iron, magnesium and zinc as well as the mix of acidic and sweetness achieved in its taste.

Then we have the Turmeric Lemon (No. 028), which focuses primarily on ridding the body of inflammation – thanks to the properties found within both curcumins, a type of compound present in a spice called turmeric, and CBD. This drink is said to be ideal for repairing, rebuilding and refreshing purposes.

For those who simply want a drink that hydrates and cools one off on a hot day, the Ginger Maple Shrub (No. 034) has been suggested because of the mix of oats and maple combined with apples, ginger and lemon juice found within the drink.

Lastly, is the Grapefruit Cayenne (No. 017), which has been deemed most appropriate in a “social setting” as a conversation starter. Like many of the aforementioned drinks, this respective flavor also contains energy-boosting properties.

One thing consumers should keep in mind is the fact that said drinks also contain traces of THC (5mg). THC is a psychoactive property that has been associated with “getting high”. This being said, MONK drinks haven’t been crafted with getting completely high as being the goal, but rather a gentle feel of loosening within the first 5 to 10 minutes with increases over the course of 30 minutes to achieve relaxation.

While consumers may be taken aback by THC because of the negative press it has accumulated, many argue that a full spectrum is needed to really reap the benefits of the cannabis sativa plant.

Right off the bat, the fact that consumers are offered 20mg of CBD is attractive especially knowing that most CBD brands only seem to infuse as much as 10mg of CBD. However, given MONK’s goal of achieving a sense of intoxication (without alcohol), 20mg seems to be as lightly stimulating as it could get without having to deal with hangovers and unwanted situations.

Another factor that makes MONK one of value is their emphasis on locally-sourced ingredients. Bearing in mind that the brand itself is based in California, it gives some reliability to MONK because of the acceptance of cannabis for adult-use and its respective law. Interestingly, the brand itself stems from integrity, as per the Co-Founder, Mel McGraw who believes that CBD should be induced in a way that only promotes wellness without excessive sugar and more focus on appropriate dosing.

Lastly, those who wish to get hold of MONK but do not have a medical card can supposedly get hold of the said card via MONK themselves, which is clearly indicative of the brand’s overall goal of ensuring every consumer has access to something of potential health benefits. To learn more about MONK, check out: monkprovisions.com/