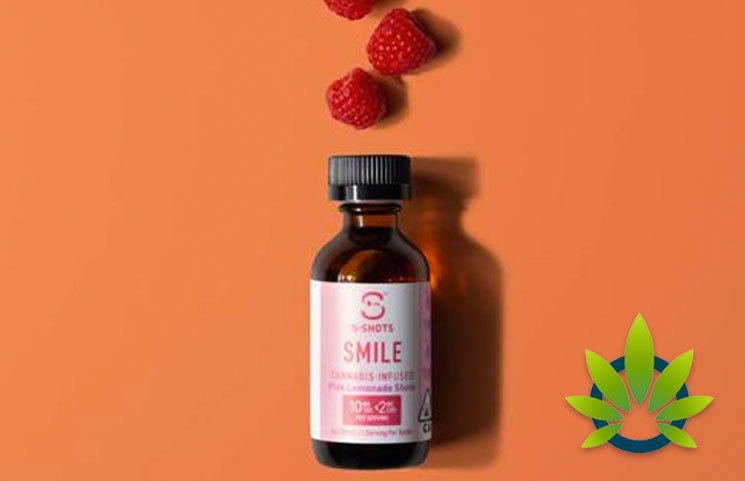 K-Zen beverages is reasoned as a brand that is devoted to providing safe, reliable and tasteful cannabis beverages. The team’s goal has always been to ensure that consumers have access to the associated health benefits. The importance given to the latter is supposedly based on personal experiences each team member had, which gave them all the more reason to launch S-Shots.

News regarding S-Shots was initially revealed on Sunday, June 30, 2019, where S-Shots were introduced as shots infused with a combination of cannabis and natural ingredients. A brand that has been founded on experience and curiosity, the co-CEO, Judy Yee wants K-Zen to serve as a brand that, “shares the benefits of cannabis beverages [and] to help consumers find the sensations they seek through consistent formulas,” reports Morningstar.

Given the recent launch, it is most fit to assess how the creators’ experiences have been bottled within the S-Shots. The following review will look closely at the S-Shots with respect to its purpose, variety offered and its overall affordability.

As previously mentioned, S-Shots are cannabis-infused wellness shots that combine either cannabidiol (CBD) or tetrahydrocannabinol (THC). The two vary in some respects, primary in terms of psychoactive and health effects. CBD is widely known for treating a wide range of health conditions from head to toe, whereas THC is welcomed by those who want to feel relaxed or aim to experience a sense of euphoria.

The latter typically carries some psychoactive effectives, one being hallucination. However, the limited number of studies that currently exist find that THC is not short of therapeutic effects, i.e. medical symptoms as well as being effective in increasing one’s focus levels.

All this being said, let’s take a closer look at the types of shots currently offered by K-Zen.

What can be Expected of the S-Shots?

There are three different S-Shots that currently exist, each serving a different purpose and taste portfolio. Here’s a quick breakdown of each type:

The Smile S-Shot was created with the intentions of stimulating consumers while ensuring their focus levels are on par. Each serving is said to include 10mg of THC as well as less than 2mg of CBD. As for how long before the body reacts to its presence, the team has noted that a change in sensation can be felt in 30 minutes. Finally, each serving is believed to contain 33 calories, with roughly 8 grams of sugar.

It’s time to kick things up a notch, as the Soar is the next S-Shot made available. Compared to the Smile, the Soar is said to contain 25mg of THC with the same traces of CBD.

According to the claims made, said dosage will leave consumers in a “social state of mind”, adding that the psychoactive effects are more evident. The goal with said S-Shot is allegedly to uplift one, while increasing their energy levels. As for its nutrition, each serving is said to contain 15 calories, with 4 grams of sugar.

Finally, we have the Serene S-Shot, which is in between Smile and Soar and serves a medium that initiates relaxation and tranquility in consumers. It contains 20mg of CBD along with 5mg of THC. Said combination offers a full body experience, versus one focusing primarily on one’s mind and emotions. Each serving is said to contain 26 calories of which sugar makes up 12 grams.

How Much can Consumers Expect to Invest in S-Shots?

For a 2-ounce bottle of any flavored S-Shot, consumers can expect to invest roughly $6. This is definitely quite inexpensive. The fact that K-Zen is able to offer said infusions made primarily of natural ingredients at a relative low price is definitely praiseworthy.

Overall, K-Zen appears to have approached CBD and THC-infused essentials appropriately. Not only do they offer a range of essentials that are tailored according to different sentiments and needs, but they have created shots that are tasteful using natural ingredients.

While they currently offer three S-Shots, it seems like consumers will have to wait for the Serene S-Shot, as it is not available for sale as of yet. Another facet that makes them one to explore is their transparency, as they’ve since made the license number for their THC distillate available. To learn more about K-Zen and how their S-Shots have the potential to entice one’s senses visit their website at https://www.kzenbeverages.com/home