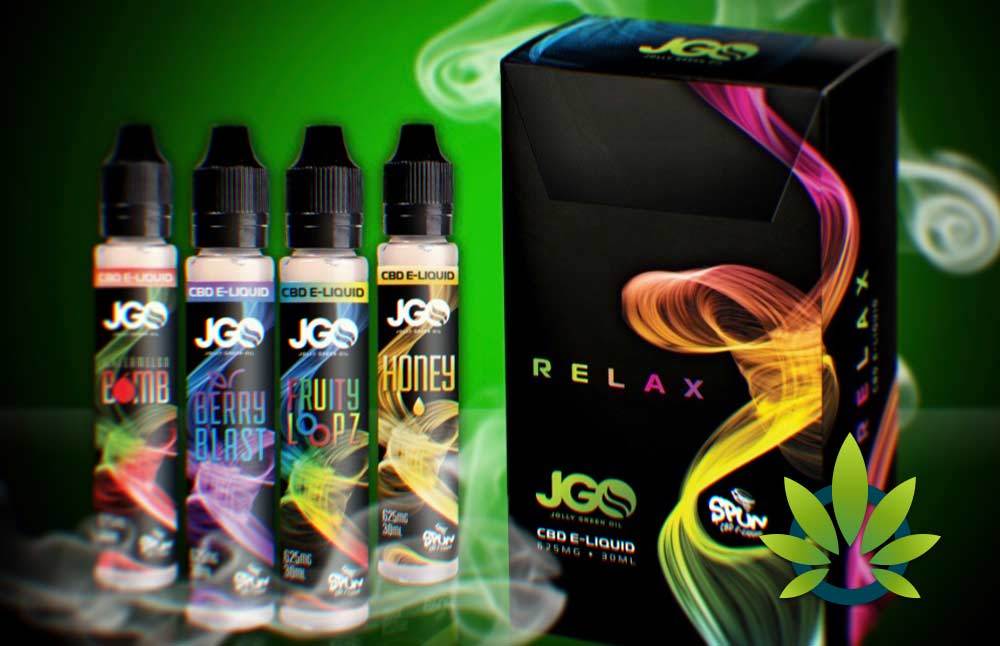 Cannabidiol (CBD) has been greatly discussed because of its ability to bind with CB receptors naturally found in the body. This supposed interaction ensures that consumers attain a sense of relaxation, peaceful sleep, enhanced brain function and appropriate food intake. To date, there are diverse ways to administer CBD. One of the most effective ways is via vaping. This is because CBD is delivered to the bloodstream via the lungs as opposed to travelling through the digestive system. Ultimately giving short, but immediate results. Now is the time to present Jolly Green Oil.

Jolly Green Oil appears to rely heavily on the ingestion of 99.9% pure CBD isolate that are free from THC, nicotine and other harmful substances. To see how Jolly Green Oil achieves this, the following review will look at its purpose, the products offered and factors that make them superior to the next leading CBD brand.

What is Jolly Green Oil?

Jolly Green Oil focusses on CBD-infused vaping fundamentals. They pride themselves in hand-crafting each line of products in small batches to ensure purity and proper dosing is attained. Instead of using a full spectrum solution, which comprises of the different types of cannabinoids found within the cannabis plant, Jolly Green Oil focuses namely on the pure extraction of CBD. To see how such extraction has been used, let’s take a quick look at the products offered.

What Can Consumers Expect from Jolly Green Oil?

Consumers have the option of choosing between vape cartridges of different strengths, sublingual tinctures, edibles and gummies and CBD-infused e-liquids.

The vape cartridge comes in 250mg or 625mg of CBD. The former is said to give consumers 250 puffs per cartridge with a total delivery of 1mg of CBD per puff, whereas the latter is equivalent to 500 puffs each containing 1.25mg of CBD. Some of the flavors that consumers can choose from include the Berry Blast, Froot Loops, Honey, Mango, Menthol, Pink Lemonade, Sour Apple, and Watermelon.

In general, when it comes to vaping CBD, consumers need to be careful because of its immediate effects. This implies taking it a puff at a time and stopping when one’s ability to endure it reduces. As for its prices, it varies anywhere between $31.99 an $119.99.

The sublingual tinctures come in different strength levels. The one thing that all of the tinctures have in common is the solution itself. That is, it combines both CBD and MCT Oil. MCT Oil is a healthy fat derived from coconut oil and has been correlated with weight management. Its administration is also believed to increase the bioavailability of the CBD concentration. The highest concentration provided is that of 1500mg per 30ml bottle, with the lowest containing as little as 250mg per 30ml bottle. Prices range between $29.99 and $149.99.

The e-liquids play a role in enhancing one’s taste buds. With vaping essentials, one of the main ingredients that are believed to be toxic to human health over the long run is the presence of propylene glycol mix. To ensure that consumers are not at risk, Jolly Green Oil infused an 80/20 ratio of vegetable glycerin and propylene glycol mix, which is deemed acceptable health-wise. Each of the e-liquids cost approximately $29.99.

The breakdown above shows the cunning techniques Jolly Green Oil has used in infusing CBD. Although it would have been more beneficial to use essential oils for enhancing its aroma therapeutic effects, the fact that they’ve incorporated nostalgic flavors is also fun, as it might take one back in time!

Smoking has been frowned upon for its ability to induce lung-related illnesses over the course of time. Although there are several ways to quit smoking, not everyone succeeds, as some end up giving up and retorting to bad habits.

What makes Jolly Green Oil praiseworthy in this sense is their attempt in making vaping beneficial to consumers by encompassing cannabidiol. The limited studies available have, for the most part, been in support of human and animal health – because of our endocannabinoid system (ECS). Given these findings, the products offered by Jolly Green Oil appear to work in the best interest of consumers. Not only are vaping rudiments offered, but a significantly developed edibles line takes into account the mass population and something they could retort to.

A major factor that makes this respective CBD firm rare is that for every product available, the associated lab results have been provided as well. In particular, it outlines the percent of cannabinoid compound present along with the max active rations (CBD to THC), what has and has not been tested for and the different types of terpenes present.

Given their detailed lab results, it’s unfortunate that tests for the presence of metals have not been assessed, which is a crucial factor in understanding the quality of CBD. Also, terpenes, which are the cannabis plants’ natural flavor profiles, have been more or less removed with as little as 0.42% present. Many studies have since concluded that the inclusion of terpenes is necessary because of its added therapeutic benefits but given Jolly Green Oil’s goal of getting the purest CBD extraction possible, the lack of terpenes doesn’t come of surprise.

As for consumers’ investments, the prices of each essential appear to be fair because of the concentration of CBD available. The low prices also aren’t surprising because Jolly Green Oil emphasizes on pure CBD rather than full spectrum CBD. To find out more about Jolly Green Oil and educational material on CBD’s usefulness, go to: https://jollygreenoil.com/