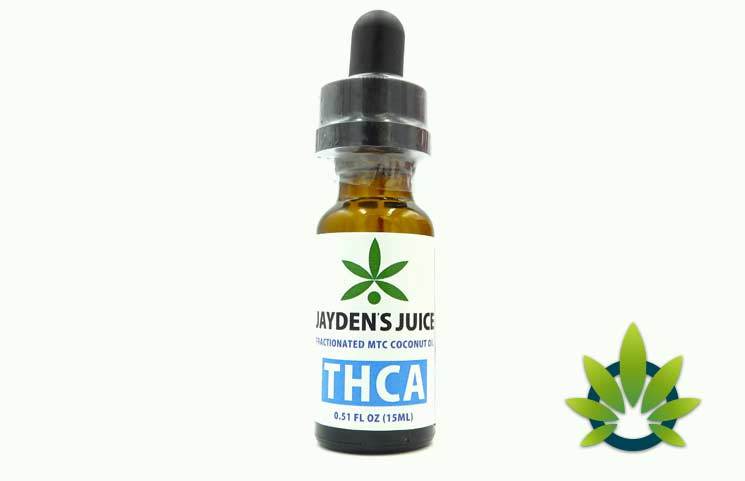 Jayden’s Juice specializes within the medical cannabis industry and has been founded on personal experience. In particular, Jayden’s Juice reflects the measures taken by a father, Jason, who has been actively treating his six-year-old son, Jayden with cannabis.

Unfortunately, Jayden has been diagnosed with a rare type of cancer called Dravet Syndrome. Given the existing interest and actual experiences consumers have shared of using cannabinoids to treat seizures across several social media platforms, Jason decided to take the same route via extensive research.

The purpose of this review is to assess the formulas Jason has come up with. This will allow consumers to not only understand Jason’s level of understanding, but also his approach to creating a potent and effective solution.

What is Jayden’s Juice CBD Tincture?

Jayden’s Juice CBD Tincture claims to contain a ratio of 28 to 1, i.e. CBD to THC. It includes an apt source of MCT oil, which has been reasoned as effective in permitting the body to fully absorb its content. Its primarily uses, as previously noted, are to treat those with epilepsy, and potentially those who are autistic.

Based on the claims made, full spectrum CBD went into making the CBD tincture. It is believed that the combination of cannabinoids, with the exception on THC, has in many instances been able to calm consumers down when experiencing seizures and symptoms related to Parkinson’s, Alzheimer’s and other neurodegenerative diseases.

As for its reliability, the Natural Cannabis Company claims Jayden’s Juices as having received numerous positive feedbacks and has since been deemed effective in dealing with other concerns such as mental clarity, and chronic and acute pains to name the slightly fraction. Interestingly, this respective brand was also featured in a movie about cannabis called, “The Culture High”.

What is Jayden’s Juice THC-A?

THC is a psychoactive compound known for its mind-altering properties. Since its exposure, many have frowned upon it and have prevented its inclusion in CBD-related products. But, there’s more to the story that consumers aren’t aware of.

Mainly, THC is derived from its acidic counterpart THC-A when heat is applied. The application of heat is what converts THC-A into the psychoactive THC. In its natural state, it has been reasoned as being as non-psychoactive as CBD.

Understanding this, Jason has come up with the THC-A tincture. As per the claims made, he realized that not all bottles were effective for Jayden and that understanding the ratio of CBD and THC was crucial. Based on his experience, ratios of 11:1 did nothing compared to 20:1, which was found to have better results in treating seizures. This respective tincture is said to contain 19mg of THC-A per ml along with 0.5mg of THC per ml.

Similar to the CBD tincture, the THC-A also contains MCT oil and costs anywhere between $50 and $180 depending on the quantity of solution per bottle.

Based on the analysis above, it is clear that Jason spent a lot of time on research and development, prior to administering any solutions to Jayden. While some trial and error did take place, which still seems to be the norm given the lack of dosage precision, Jason seems to have been quick at assessing the good from the bad.

With several well-established, medical cannabis specializing brands that exist today, it comes of a surprise to see that none of them have been as educative and informative as Jason has been in relation to the ratio of cannabinoids found in each solution. This shows his yearn to fully understand the several aspects of cannabinoids and in coming up with the exact solution that is poised to bring results.

As for the contents of each solution, it has been revealed that the flowers used have been organically grown, naturally processed and have since been rested for overall quality, potency and the riddance of any unwanted toxins like residuals and heavy metals.

Finally, the fact that a father went all out for his son and wanted everyone undergoing similar health concerns to finally attain a healthy life free of pain is commendable on Jason’s part.