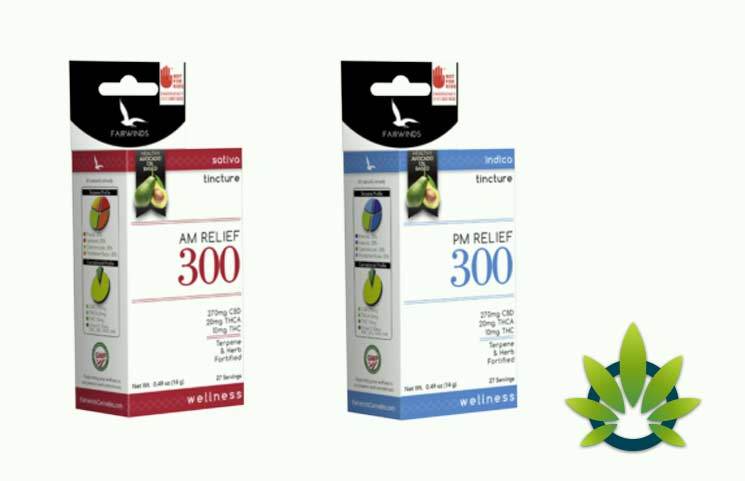 CBD, also referred to as cannabidiol, has been questioned over a period of time regarding its true health benefits. Today, many US states and countries worldwide have accepted its likes, with many findings suggesting its antioxidant, anti-inflammatory, and analgesic properties to having a positive influence on the whole body.

Amidst the CBD brands that exist today, Fairwinds acts to stand out for its attention to detail. Every step they’ve taken to ensure the numerous cannabis strains are properly grown is truly eye-opening.

The purpose of this review is to attain a complete understanding of Fairwinds. Hopefully, this can be attained by simply addressing its intent, approaches taken and the line of tinctures available.

Fairwinds flourished into existence because of the potency behind the cannabis plant. In particular, it combines the art of ancient herbal medicine with modern technological advancements to retrieve solutions with maximum benefits. What takes Fairwinds to a whole new level is their reliance on evidence-based research, and clinical data – both of which are claimed responsible for their choice of ingredients, considered ratio of cannabinoids and more.

How has Fairwinds Approached Cannabinoids?

As previously noted, Fairwinds has approached cannabinoids with utmost care. After cutting their flower, the team claims to organize strains according to their properties. Each room supposedly houses unique strains. This has been done to ensure that each component contains its renowned therapeutic properties from the very beginning until the final stages.

Some of the factors of the select rooms that are measured on a continuous basis include its humidity, temperature, light levels, and CO2 ppm – that way Fairwinds has control over the entire process.

The fact that Fairwinds approaches cannabinoids with supreme attention is indicative of the knowledge they possess. For instance, it has been noted that the Indica strain is accustom to tropical climates, whereas Sativas prefer temperate regions. Said information is rarely shared to consumers, but Fairwinds continues to do so, which also signifies the brand’s yearn to properly inform people on this matter.

As for the answer to the most frequently asked question: “Whether one should retort to pure CBD or full-spectrum,” it seems like Fairwinds supports the latter, as their essentials contain standard cannabinoid ratios, terpene-rich blends and other herbal extracts.

Now that we have some sense as to how Fairwinds perceives and values cannabinoids, let’s see how it has been implemented in their line of tinctures.

How Diverse is Fairwinds’ Line of Tinctures?

Of all the brands that exist to date, Fairwinds seems to be the only one to carry a wide range of tinctures. This is not simply changing around the flavors and strengths, but also their intended uses. Here’s the endless options one can choose from:

The Ratio Tinctures Series contains varying CBD to THC ratios, with the smallest being 1:1 and the maximum, 20:1. The 1:1 ratio has been deemed effective for those seeking physical support. The 20:1 ratio is the cap for the sole reason that anything higher did not appear to optimize effects, as per Fairwinds.

When it comes to tinctures, the most common ingredient used to increase the bio-availability of a solution is MCT (coconut) oil, however, Fairwinds has decided to retort to avocado oil. The reason for this being that it simply contains higher bio-availability along with the necessary omega-6 fatty acids. Finally, the addition of terpenes is believed to bring the effects to a whole new level, especially because of the therapeutic properties housed within.

The Relief 300 Series carries an AM and PM solution. In addition to a high source of CBD, the solutions are also said to include a mix of THCA and micro-dosing for safe THC contents, along with herbal extracts such as boswellia, ginger, turmeric, delta-3-carene, and eucalyptol. Given CBD’s natural anti-inflammatory properties as well those found in the herbal extracts, consumers are reasoned to attain a rather strong and effective solution.

The Essential Tincture Series carries three different products including Deep Sleep Tincture, Digestify and Release. As the name clearly indicates, the Deep Sleep Tincture has been designed to aid those experiencing chronic sleep conditions. It achieves said relief because of the THC to CBD ratio of 1:0.6, which leaves one rested over the course of 8 hours.

Interestingly, Digestify Tincture is a CBD-dominant solution with a significant source of THCa, which a is non-psychoactive component. Together the duo, terpenes blend and essential oils have the ability to induce a connection between one’s gut and brain functions.

Finally, there is the Release Tincture, which aims towards ridding one of anxiety and distress. This respective supplement is said to create an “entourage effect” because of the incorporation of THC, THCa, CBD and terpenes.

The line of Lifestyle Tinctures come in two strains: Indica and Sativa. Indica is known for its ability to bring a mix of mind and body relief, whereas Sativa focuses primarily on one’s mind and overall brain function. In addition to the presence of said strains, the Lifestyle Tinctures also claim to contain omega-6 healthy fats and other essential nutrients for optimal health.

In general, there exists a wide range of plants that can serve as medicine in today’s age and day. Having this understanding is what sets Fairwinds apart from the rest. Their decision to combine practices like Ayurveda and Acupuncture along with their reliance on science is another factor that makes them valuable. Furthermore, the treatment given per strain in relation to lighting and temperature is suggestive of their thought process – resulting in proper growth that preserves the housed properties.

Finally, the fact that Fairwinds has been fully transparent about their processes, product descriptions and, in many instances, justifying their approaches is mainly helpful for consumers as it allows them to understand their choice of products while helping to build upon their knowledge on the matter. To learn more about Fairwinds, check out: https://fairwindscannabis.com/tinctures/