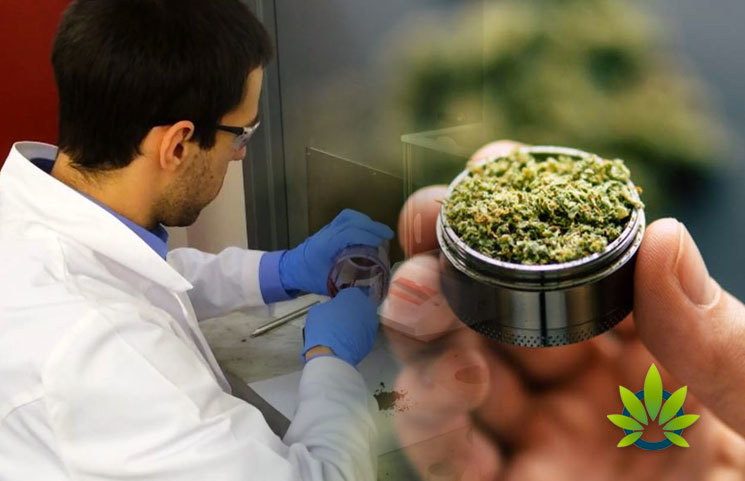 As legalization progresses, the ability to impose some kind of regulations on the cannabis industry has been a major benefit, as it allows cannabis to be tested by labs with greater results. Not long ago, it wasn’t unheard of to be unaware of any pesticide residue, heavy metal, or other contamination that was in these types of products. The only thing that consumers could really do is trust that their supplier was being honest. However, with the newly strict regulations of legal cannabis, the whole landscape is much different, providing consumer with reassurance over exactly what is in their cannabis.

The current labs in the research community can test for many different compounds. While each state and jurisdiction have different testing laws and standards, researchers are able to get a much clearer idea of the compounds and thresholds of these compounds found in cannabis. Any cannabis that passes this rigorous testing is considered to be “compliant” with the current policies, and that compliance is the only way that the cannabis can be sold. The compliance protocols require that the cannabis falls below the maximum levels of mildew, mold, contaminants, and pesticides, which are extremely low.

Lab testing is critical to the survival and thriving of the cannabis industry as a whole. A single consumer can use cannabis to apply topically, to eat, to smoke, or even to vape, and it is crucial that the substance is considered compliant for all of these types of activities. With lab testing, cannabis growers that don’t fall in line will quickly be pushed out of the industry for their failure to keep their crops safe from contaminants. Considering that all legal cannabis that reaches dispensaries have to abide by these rules, consumers are able to trust the products that they purchase, which is crucially important for individuals who use the plant for medical purposes.

Every lab has to comply with the local testing laws, which can vary. However, the most common polices involve testing for:

Pesticides, if used at all, are often found on the plant in the growing phase. Labs are concerned with this type of treatment, because consumers can smoke cannabis as one of the primarily methods of consumption, and the resident from pesticides can reach the bloodstream relatively fast. Ingesting cannabis doesn’t have the same effect, because the liver can eradicate the harmful properties of the pesticides as metabolites. Heat can alter the compounds in a pesticide, changing it from being harmless to dangerous within seconds for the user.

The potency rating is a crucial number, especially for consumers that are adding edibles to their routine, as the effect is delayed. With the potency, the researchers are able to see how much THC is in any product, shown in milligrams by weight or with a ratio of THC to CBD in the product. The ratio shows the amount of CBD, as this substance can bring down the intensity of THC.

Solvent residue needs to be screened for the risk that they pose to consumer health. Some solvents used in these substances can include butane, ethanol, acetone, and propane, and the last thing any consumer wants is to risk their health with these residues.

Just as the presence of mold, mildew, and fungi can be dangerous in a home or in a tight workspace, it is dangerous for consumers to have in their cannabis. The mycotoxins can grow during the cultivation process, or growers that fail to adhere to the handling guidelines that create an environment that allows for growth in the packaging process. Two bacteria that are frequently present are E. Coli and Salmonella, which could potentially grow to toxic levels, if the environment allows them to multiply.

Heavy metals can potentially be infused into cannabis if the grower in charge of the plant has poor soil quality. Since cannabis goes through phytoremediation, it is able to absorb the contaminants in the soil that it grows in, which includes heavy metals like mercury, cadmium, and lead. Over time, consumers put themselves at risk by consuming cannabis with heavy metals present, which is even more dangerous because the effects aren’t immediate.

The disclosure of the full terpenes and cannabinoid profiles is often included in lab tests, as labs offer a more in-depth analysis to learn about chemovars. The terpenes profile shows consumers exactly what to expect in their medicinal benefits, and the effects can vary drastically between batches. The ratio of the different terpenes will often be included in lab tests, but this data is a much more positive factor that consumers should consider.

Lab testing involves several different mechanisms, coming with their own perks and downsides. Mass spectrometry, for example, ionizes the plants compounds, measuring the mass of different compounds. As a result, the lab can quantify the presence of whichever compound they choose. Analytical chromatography allows the lab to dissolve their sample in liquid, showing a color that will indicate the concentration of different compounds. The third type of testing is called nuclear magnetic resonance spectroscopy, and it doesn’t take long to test with this option. The sample is examined in a magnetic field and is exposed to radio waves to determine the presence of the chemical compounds.

Overall, while all of these details seem complicated, the consumer has the benefit of seeing the end result of the testing, which is all for their benefit. Regulations for these lab tests allow consumers to feel confident that the legal cannabis they purchase at dispensaries is tested thoroughly and contains no excess compounds that could put their health at risk. As a result of trying to control the potential issues in farmland, there are many CBD companies that are opting to source their cannabis from indoor growth facilities, which can be managed with greater ease.