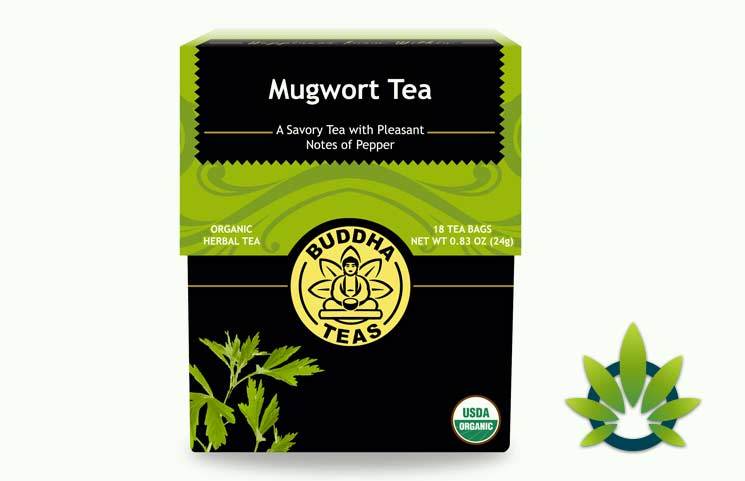 Teas are a reflection of what nature has to offer, as there exists over thousands of teas that rely on various plants. A popular one is that of the green tea, which has been noted for its ability to reduce inflammation and prevent cell damage because of its anti-inflammatory and antioxidant properties to name some of many. The question that seems to be asked in many instances is in relation to Matcha green tea.

“Matcha” simply implies that the green tea is powdered. Normally with a traditional green tea, we steep the leaves into water and drink that solution, but with Matcha, we are actually consuming the leaves itself. It is so strong that one cup of Matcha is said to be equivalent to three cups of green tea. If Matcha isn’t strong enough as is, Buddha Teas has decided to kick it up a notch by infusing cannabidiol (CBD).

The purpose of this piece is to review Buddha Teas’ CBD Matcha Green Tea and to understand how the addition of CBD makes it a superior tea compared to the standard Matcha Green Tea. Some of the factors that will be analyzed are its purpose, properties, suggested uses and its price factor.

What is the CBD Matcha Green Tea?

As the name implies, the CBD Matcha Green Tea is a CBD-infused Matcha green tea. Buddha Teas believes that the inclusion of CBD is essential in enjoying the overall tea-drinking experience. In particular, they claim that the smooth texture of the tea along with its ability to induce a calming effect is surely to leave consumers feeling good. Based on the claims made, both CBD and Matcha carry similar properties in producing synergy. Let’s see how this is so right below.

What Properties of the CBD Matcha Green Tea Deserve Mention?

Both CBD and Matcha are said to contain antioxidant properties. As previously mentioned, this is ideal in ridding the presence of free radicals typically found within one’s blood. In addition, Buddha Teas reason that the very same property can help to better aging concerns.

Interestingly, green tea’s amino acid, L-theanine, is said to produce its own GABA, which induces inhibitory effects, that is, to calm one down. Since CBD is known to ease anxiety as well, the two combined is believed to attain results at a whole different level. Finally, it is believed that the duo has sufficient anti-inflammatory presence to help maintain cell health, which is fundamental to one’s overall health.

As for the tea itself, Buddha Teas has incorporated water-soluble CBD, because oil-based is harder to dissolve in water. This in turn eliminates the properties of CBD from being absorbed in the water, resulting in an inefficient drink. To resolve this possible concern, Buddha Teas’ claims to have “uniquely-processed” nanosized particles of water-soluble CBD to ensure bioavailability is met.

How Should Consumers Drink the CBD Matcha Green Tea?

The CBD Matcha Green Tea is no different from other teas, as preparing it is as simple as taking one tea bag and allowing it to steep anywhere between 3 and 6 minutes prior to drinking it. Each cup of CBD Matcha Green Tea is not only equivalent to water-soluble CBD, but also contains 5mg of CBD per cup with ceremonial-grade Matcha used, where the latter simply implies that it is high-quality ingredients enough for tea ceremonies such as koicha (which means “thick tea”).

Considering the fact that each purchase contains 18 teabags, consumers can choose between investing $19.99 for 1 box, $54.99 for 3 boxes and $99.96 for 6 boxes. Looking at the price per cup, it comes out to approximately $1.11, which is less than what most tea and coffee shops offer for a small cup without the added benefit – ultimately making it reasonably priced.

Based on the analysis above, Buddha Teas’ CBD Matcha Green Tea appears to be worthwhile bearing in mind the several intertwining properties housed within both CBD and Matcha. It is clear that Buddha Teas has some understanding as to how to deal with CBD oil, as they’ve taken necessary measures to ensure its properties are steeped 100% in each cup of tea.

Also, the fact that each cup of tea contains 5mg of CBD is great, as it has been thought of as the right amount to present calming effects without going overboard. Lastly, the prices seem reasonable, especially considering the fact that it also contains the added benefits of CBD, which is not seen with any other traditional teas, but are still priced at equal levels. To find out more, go to: https://cbd.buddhateas.com/cbd-matcha-green-tea.html