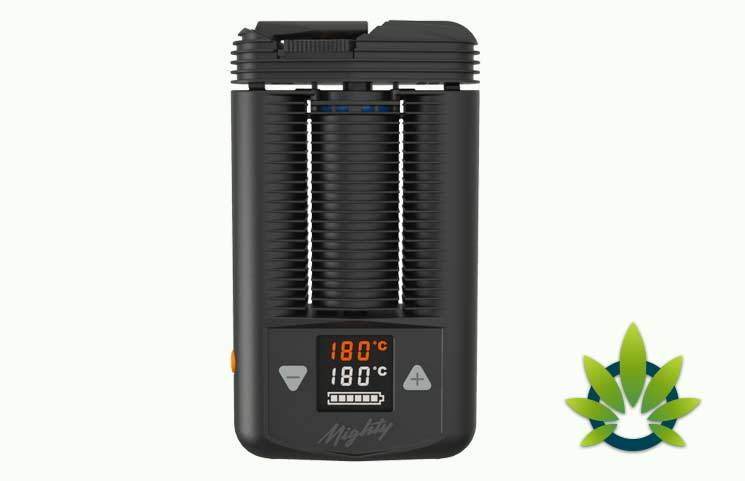 In a small German town, where there are more than 500 device manufacturer’s, Storz and Bickel wanted to make their mark. And so, instead of using existing factories for their leading-edge medical technology, they created their own. It is in this town where the very first factory for the production of surgical instruments was first built more than 150 years ago

History of Storz and Bickel

Markus Storz, first started the development of herbal vaporizers in 1996. As you can imagine, this was much before the current trending companies. One might say, they led the charge. Because as time went on, it was in 1998 where the innovative technology known as the VOLCANO was patented. This patent covered the first detachable balloon.

Shortly thereafter in 2000 is when we saw the VOLCANO Classic hit the market. It was the first full-fledged herbal vaporizer and became the gold standard and is still preferred for studies that include the testing or use of vaporizers. Now, all of this innovation and first introduction to the market was at the hands of Markus Storz, it was in 2002 when Jurgen Bickel joined his side. E became a partner of Storz and Bickel and their company was founded.

In 2003, the first 110-volt devices were built to enter the American market. The idea was to create a speedy upturn – you might agree that this was successful since only a short couple years later the first subsidiary Storz and Bickel America was founded in Oakland, California.

Shortly thereafter in 2007 we were introduced to the VOLCANO DIGIT. This was their very first electronically controlled vaporizer. In 2009, the company received a certification for the quality of their medical devices and deemed able to fulfill the essential requirements. When you have that type of recognition or backing, of course, you come out with a new product called the VOLCANO MEDIC. It was in 2010 we were introduced to this device that was the world’s first medical herbal vaporizer and it was distributed originally in Canada, Europe, and Israel under a brand called VAPORMED.

In 2011 we were introduced to PLENTY – another exceptionally powerful vaporizer that was handheld and combined both air and radiation. In 2014 we were then introduced to MIGHTY and CRAFT. There vaporizers were the first battery-powered devices and they were introduced concurrently. From vibration alarms to cooling units, flip able mouthpieces and Bluetooth technology, Storz and Bickel continued to set the bar.

In 2015 we were then introduced to the MIGHT MEDIC. This was the first battery=powered medical herbal vaporizer that was certified in the world. And that is what led to the opening of their factory in 2016.

Now, although Storz and Bickel have their other great products/devices, let’s spend a bit more time on this one, MIGHTY. This pocket-sized device uses the patented technology of full hot air convection and additional conduction. This is what makes sure that there is efficient vaporization from the very first inhale. How to use videos are available in their website.

Additionally, you are able to view any of the patents on their website – proudly displayed to say the least. Now, this device, MIGHTY, retails for $349.99 USD.

Included in the price for your device are the following items;

What are Others Saying about MIGHTY?

Well, others are saying a lot of great things about MIGHTY – along with the other devices and products available from Storz and Bickel. Many of the reviews capture consumers who have been using the products for several months – even more than a year.

Features of the MIGHTY Vaporizer

In addition to the details provided above, let’s have a closer look as to why MIGHTY has continued to set the standard. What is described as a ‘generous chamber’, is where the filling chamber can be used for herbs or liquids along with the drip pad. And each has its own cooling unit with a flipable mouthpiece that allows for a pleasant vapor and heightened flavor.

This device is exceptionally easy to use and has a LED display with easy to read plus and minus buttons to adjust the temperature as necessary. This device also possesses about 20% more battery power thanks to it 2 lithium batteries. This helps to extend the vaporizing time and also performs well when plugged in. Meaning, with the help of the adapter you can still use the MIGHTY vaporizer even when the batteries are completely drained.

Want even more out of your device? Consider checking out the accessories available for the MIGHTY vaporizer – and the other available products.

Overall, the history attached to this company is quite impressive. They have exemplified what steady and quality growth looks like – from patents to leading technology – no feat is too big. They have led the way in vaporizing technology and by the looks of this release they don’t intend on slowing down any time soon.