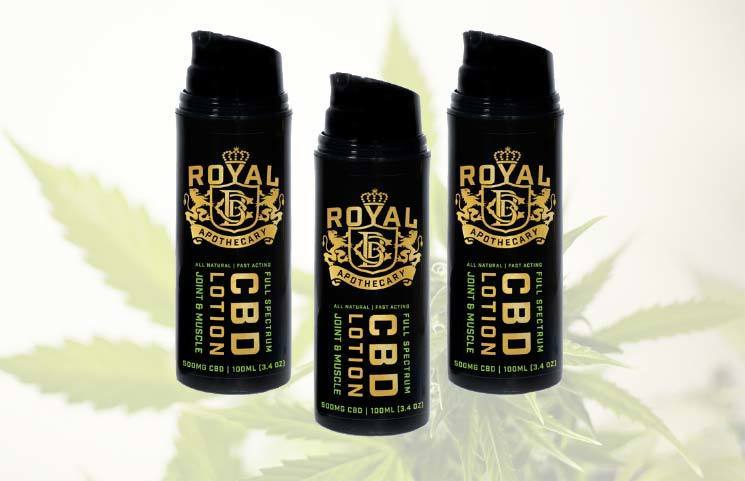 What is the Royal CBD Apothecary?

The Royal CBD Apothecary is a full-spectrum, cannabidiol-based lotion that claims to provide joint and muscle support. In doing so, the creators are hopeful that consumers will be able to perform better; both physically and mentally and achieve recovery in a shorter period of time.

Users interested in the Royal CBD Apothecary full-spectrum CBD joint and muscle lotion can order directly from the official website.

What ingredients went into making the Royal CBD Apothecary?

Rather than retorting to pure CBD, the Royal CBD Apothecary consists of full-spectrum CBD, which promotes an entourage effect. As more and more cannabinoids are being discovered and studied, research is continuing to find that there are several cannabinoids that work together to produce therapeutic effects. So, this means not only acknowledging cannabinoids, but also flavonoids, terpenes, and other compounds as well.

Other ingredients used in the lotion include Caprylic/Capric Triglyceride (coconut-based), Sunflower seed oil (antioxidants for protecting the skin and preventing aging signs) and numerous extracts (i.e. rosemary, sunflower, orange, and fig) to serve as natural alternatives safe for the skin.

How much does the Royal CBD Apothecary cost?

There are a number of aspects to consider prior to purchasing the Royal CBD Apothecary. First, it claims to offer an entourage effect. While the use of full-spectrum CBD is still a major area of research, many studies have found that the interactions between different cannabinoids and terpenes for instance, produce enhanced therapeutic benefits compared to isolates.

Second, the source of hemp used is said to be 100% pure and U.S. grown. Given that the U.S. is stringent on the rules of growing, manufacturing and selling hemp, consumer safety seems to have been considered in the process.

Next, comes the delivery, which is made in topical form. The benefit that arises from the use of topical solutions like lotions is its ability to specifically target affected regions. With CBD oils, there is usually a wait time before the effects can be felt, whereas topicals offer faster penetration, delivering nutrients where needed.

Following delivery comes alternative ingredients, which have been chosen in place of synthetic cosmetics. This has been done more so for bettered skin health. Given that the skin is the largest part of the body and protects consumers from harmful chemicals, the Royal CBD Apothecary’s inclusion of natural extracts is noteworthy.

Lastly, each bottle is said to come with a “Seed-to-Shelf” QR code. Upon scanning the code, consumers are expected to have access to information regarding the overall tested potency of each individual product as well as the overall lab test.