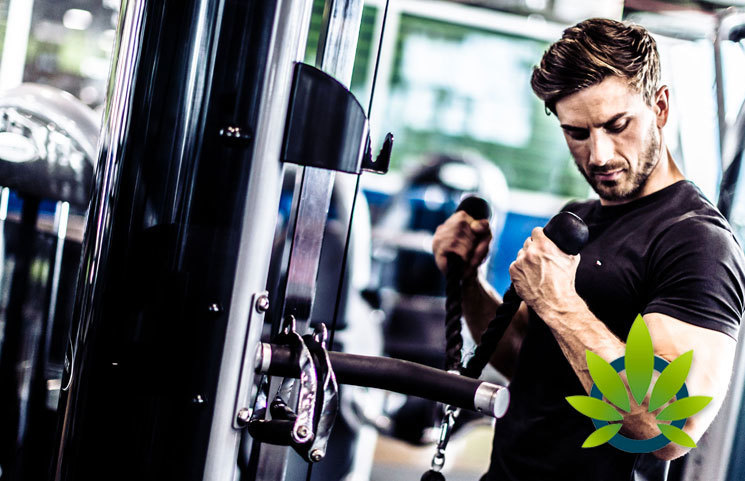 We live in a country where obesity is the norm. However, those who deviate from the norm understand that getting and staying in shape requires countless hours in the gym and plenty of rest. And here is where using CBD oil could be of help.

Whether it's in local gyms or in world fitness competitions, CBD oil is quickly becoming an integral part of many people's workout routines.

However, unlike steroids or other “miracle” drugs, CBD oil doesn't help people bulk up, although studies suggest it could be used to reduce inflammation, increase muscle development, and help the body to recover faster between workouts. Keep reading below to find out why.

The endocannabinoid system (ECS) is a part of the human body you don't hear much about, but its importance is massive.

From promoting sleep to regulating appetite, inflammation, immune functions, and monitoring pain, it seems like our endocannabinoid system plays a role in everything we do, and exercising is no different.

A cool head is Essential to Making Muscle Gains

Although weight lifting promotes the release of muscle-building testosterone it also releases cortisol, which is a stress hormone that can reverse the effects of testosterone.

It gets worse, though, because cortisol can also cause high blood pressure, lower your bone density, and eat up your muscle tissue. In extreme cases, increased cortisol levels could even cause your physical condition to plummet by doing away with any gain you have made.

Research suggests that CBD oil could help keep cortisol levels under control, even during highly-stressful activities such as weight lifting, especially if it's used both before and after working out.

CBD oil could fight off Inflammation and Speed Up Recovery

Scientists believe that cannabinoids, like CBD, could have anti-inflammatory qualities because of their ability to inhibit the production of certain kinds of cells and molecules which are responsible for turning on the inflammatory response.

Similar studies done on cannabinoids found that, although there was no evidence that cannabinoids could prevent soreness, they might have pain-relieving properties which could keep pain signals under control.

However, when using CBD oil, it could be helpful to use a large dose before or after going to the gym, as well as integrating it with other parts of our post-workout recovery regime such as stretching and massaging.

CBD is a Safe Spotting Partner

As a natural compound, CBD oil might be a safe substitute to over-the-counter drugs like Ibuprofen, which can cause kidney damage if used in large quantities for prolonged periods.

Moreover, according to the U.S. Department of Health and Human Services, CBD's lack of any psychoactive effect due to its negligible levels of THC could also make it a better alternative to cannabis, as its use doesn't produce the same intoxicating effects that marijuana does.

There are more questions than answers when it comes to CBD oil and muscle recovery. In the end, what matters is that the benefits seem to outweigh the risks. So who knows? Maybe CBD oil could be the answer to leg day soreness after all.