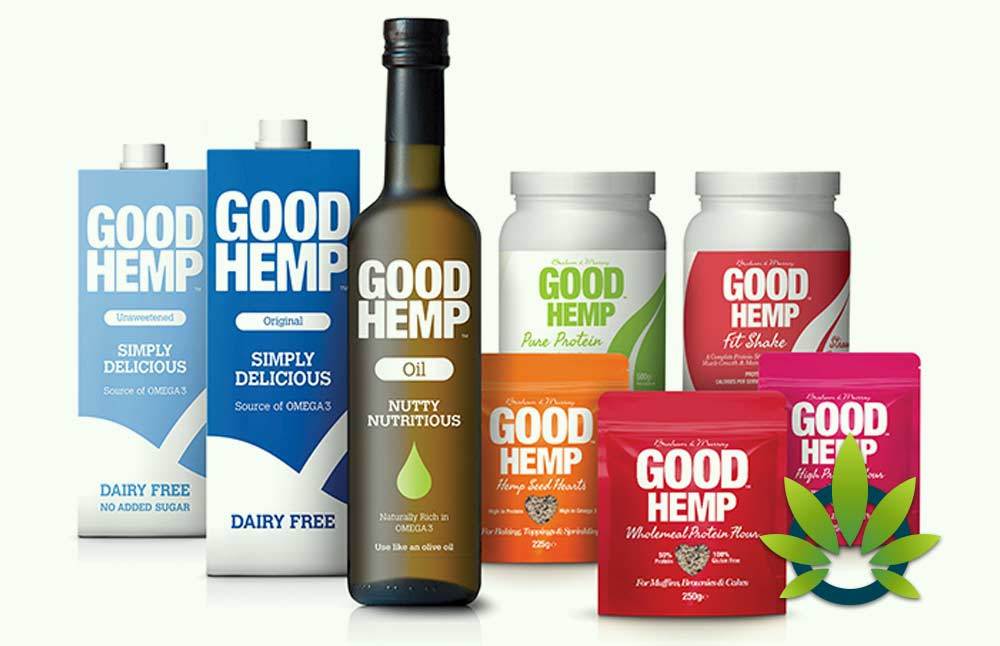 A certain set of public perceptions remain about hemp and the hemp industry, remnants of the time before hemp continued to become more accepted by both governments and popular society. These rumors always have something to do with the idea that because hemp comes from the marijuana plant, it always must involve the user trying to get high somehow. But as the worldwide knowledge-pool regarding hemp has grown, these rumors have evolved. Now the oft-cited but entirely false myth is that hemp and CBD are only used for alternative medicine and medicinal purposes.

But companies all over the world are continuing to dispel this myth. Hemp can be used to create hundreds of important products that most consumers use every day, including rope, paper, clothing, medicine, and even food! That last one—food—sometimes comes as a major shock to those not in the hemp-user community. Hemp food is often not even used to produce any kind of a high; there is no active THC to create one, anyway.

Instead, a growing number of cooks and chefs are finding that the naturally nutty taste of the hemp seed is an incredibly versatile and tasty ingredient. It is often produced naturally without any kind of pesticides, and hemp plants are some of the most sustainable resources on the planet Earth. Paired with a delicious taste, it should be no wonder why cooks from all walks of life across the globe are giving hemp-based food products a shot!

Good Hemp Food is a company dedicated to this very same idea. Though the company has gained major exposure in the past couple years with the explosion of popularity in hemp and CBD products, they have actually been around for quite some time—since the early 2000s. Good Hemp Food creates exactly what a reader might think—good food featuring hemp as a core ingredient.

This review will dive into some of the key offerings on the plate at Good Hemp Food, their public reception and reviews within the hemp and foodie communities, as well as some key selling points of their organization.

What Is Good Hemp Food?

Like many small food companies in the hemp industry, Good Hemp Food introduces their history with a simple, personal story about their two founders, Henry and Glyn. After trying hemp seeds for the first time, they concluded that the seed seemed like a cross between two familiar foods—the sunflower seed and the pine nut. According to the website, they were “blown away” by the incredible flavor and almost immediately converted their hemp oil company into a food manufacturer.

In fact, the company was one of the first innovators in this now booming industry. Henry and Glyn have been thriving in the hemp industry for over twenty years, and they still hold fast in their beliefs that hemp is the future for food and a variety of other industries. The Good Hemp community lives by a set of core values, listed on the company’s “about” page, which help to govern how they run a sustainable and fair business.

For the most part, the food offered by Good Hemp Food can be separated into four categories. They sell hemp cooking oils, hemp seeds, hemp protein powders, and hemp drinks. The company has been clear about their intention to continue to innovate to offer more and more selections of hemp-based foods for eager consumers in the community to try for themselves. But for now, it seems to be primarily the staples that sustain the company.

Their hemp drink is a particularly interesting piece of their sales. Used in cereal, shakes, and hot drinks alike, the hemp drink is sold in four different ways: sweetened, chilled, ambient, and old fashioned original. Any way you buy it, however, the company outlines that it never tastes bad in a hot or a cold drink!

Reception of Good Hemp Food products has been relatively good. They maintain a very favorable 4.8-star rating among 22 reviewers on their Facebook page, with most reviewers remarking about the ease of access to products, simple interface and friendliness of the website, and the quality of the hemp-based foods.

However, there seems to be a disturbing lack of substantive off-site product reviews for the specific foods offered by Good Hemp Food. Though this could simply be because they are a smaller operation continuing to grow, consumers should conduct their own research before making any purchase and, if they do decide to buy some Good Hemp Food products, post their own reviews to contribute to the growing dialogue in the community.