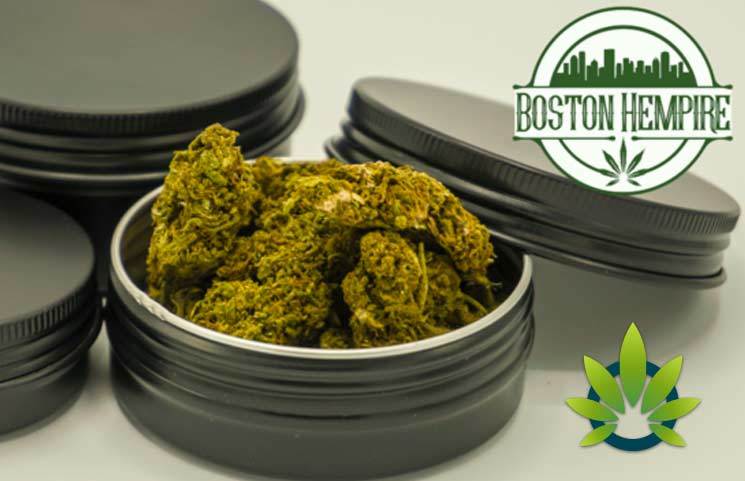 Hemp has been used in America for decades now, as its first ever uses involved clothing, paper and ropes production. It was not until sometime in 2013 that hemp’s cannabinoid, CBD was discovered as being a world-shattering component in easing seizures. Today, consumers have been informed of CBD and other cannabinoids’ effectiveness on both human and pet health. This is where Boston Hempire comes into play.

What makes Boston Hempire exclusive is their journey to finding the best source of cannabinoids there exists. Sure, many existing brands have since used full-spectrum, but each one carries something they deem a competitive edge – the same applying to Boston Hempire.

To see how this respective brand built their cannabinoids empire from the ground up, the following review will explore its purpose, the products offered and what they consider the best definition of full spectrum. Other factors will also be assessed in understanding Boston Hempire’s transparency and reliability.

What Is Boston Hempire?

Boston Hempire practices within the cannabis industry, with most of their focus placed on whole plant solutions. Something that they pride in, which is rarely seen among other brands, is the level of transparency attained. This is supposedly valuable to Boston Hempire because they believe it brings consumers closer to their essentials than anything else possibly can. With this in mind, let’s explore their product line(s).

Instead of coming up with a wide range of CBD or full spectrum infusion, Boston Hempire has highlighted two main lines; one devoted to hemp flowers, and the remaining to consumables. Here’s what can be expected of the two:

The Artisan Series And Hemp Flower

The Artisan Series carries a wide range of full spectrum flowers, some which seem to include slightly higher THC levels, with others sitting under the threshold of 0.3%. Each of the flowers found in this line have been deemed organic, of very high grade and possibly containing seeds. The amount of CBD found in said essentials range anywhere between 13 and 20%, with the remaining constituting other cannabinoids and traces of THC respectively.

Both lines combined contain Larry Lifter, Bubba Kush and applicable Pre-Rolls, Elektric Electrika Pre-Rolls, Maui Haze and its applicable Pre-Rolls, Sour Space Candy and Boston the Sauce to name a few. All of the said products contain hybrid strains (i.e. a cross between Indica and Sativa strains), which implies either a more body-relieving flower, a more mind-easing flower or a mix of both.

The Consumables line is simple and to the point, as it carries four different essentials to choose from. First, we have the Pure CBD Isolate, which supposedly encloses 99.74% of pure CBD. Its source is derived from Colorado farmers and its respective lab tests confirm that there are no traces of THC.

Next is an interesting alternative to edibles called the Gold Standard Organic Honey Stix. The honey stick contains 15mg of CBD, with its source of hemp derived from Oregon. In addition, each stick houses a significant amount of pure liquid gold and honey for a rich and lightly sweetened treat. The last two are distinctive types of tea, one of them being English Breakfast CBD tea and the other, a Masala Chai CBD tea.

Why Go With Boston Hempire?

There are several reasons why Boston Hempire can be considered a practical option among other existing CBD brands. First, they value strict guidelines on hemp growth, as their sources of hemp come straight from US States. This is typically preferred because said rules aren’t taken lightly.

Second, their offerings are quite substantial. Instead of sticking to the classic oils, tinctures and candies, they’ve come up with alternatives that appear to be far more effective. An example of this is their CBD-infused teas. In general, teas carry a wide range of properties (i.e. antioxidant and anti-inflammatory) depending on the type. Given the existence of said properties, along with those found in CBD, the end result is surely to be positively impactful on one’s health. Furthermore, they’ve dedicated lines to both full spectrum and pure CBD solutions, which reflects their goal of providing satisfactory products based on individualistic needs.

Finally, their goal in being as transparent as they can be is represented in the several lab tests that have since been made available. For every product found, consumers are offered a report detailing the types of cannabinoids included, along with its strain type, grade, and source of hemp. This is definitely something to keep in mind, as it allows consumers to understand and acquire more knowledge about their potential source of hemp goods.